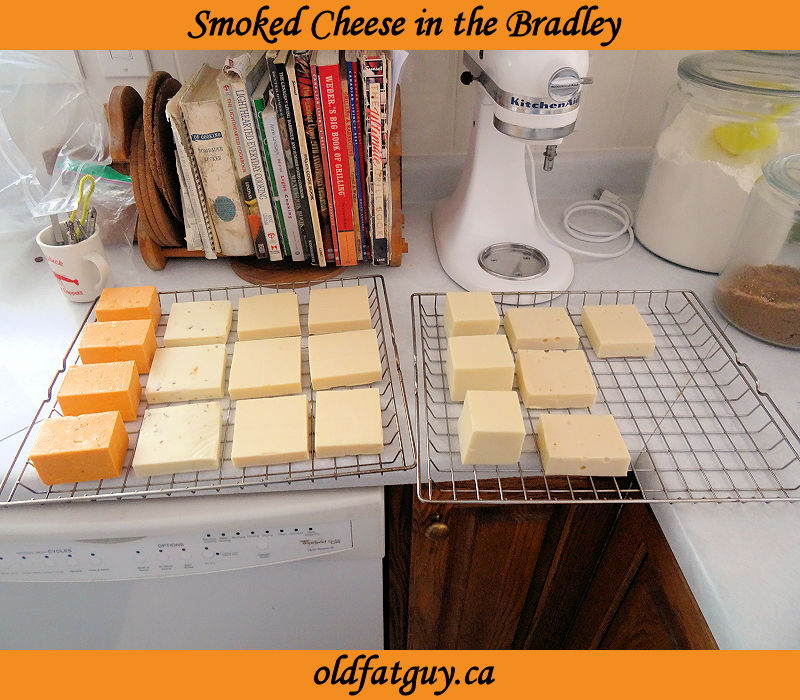 This post is about using my Bradley Smoker to make smoked cheese. If you want to see a how to on smoking cheese, see my post Smoking Cheese.

I love smoked cheese and make it a couple of times a year. Normally I use a smoke generator to cold smoke, but I have my Bradley P10 smoker and wanted to try it for smoking cheese.

Another thing about the Bradley, it generates a stronger smoke than my tube smoker, so I reduced the smoking time.

I cut old cheddar, Jalapeno Monterey Jack, gouda, Havarti, and Swiss cheese into blocks and put them on one of the smoker racks and into the smoker. 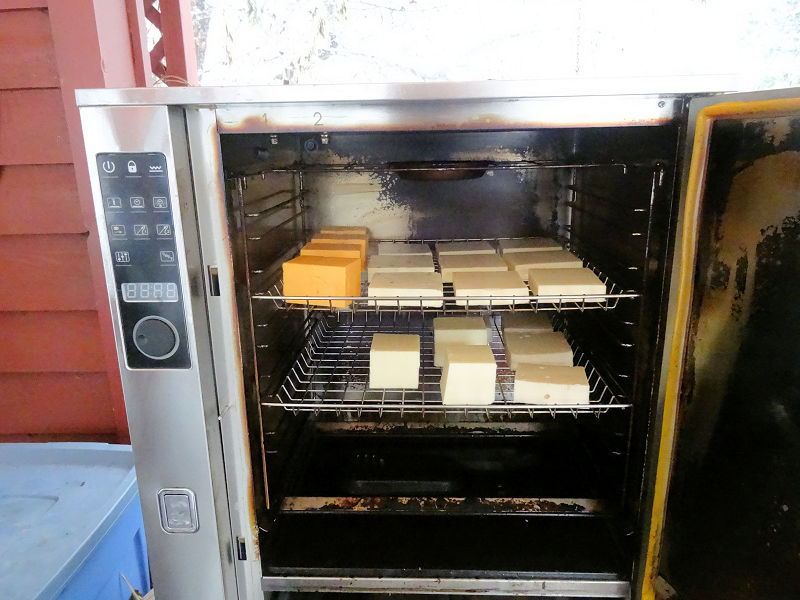 At the end of the smoke, the temperature in the chamber was 20 C (68 F). This is more than cool enough for a cold smoke. However, If I wanted to go longer, I would have to add some large blocks of ice to moderate the temperature.

The cheese didn’t discolour as much as it does at higher temperatures, and I was a little concerned about having enough smoke flavour.

However, I vacuum packed the cheese and let it sit for two weeks and tried some of the old cheddar. Just the way I like it. A nice mild smooth smoke hit.

The Bradley did great and I will do another batch at the end of the winter, but I may add a block of ice to see how it affects the smoke.

4 thoughts on “Smoked Cheese on the Bradley”