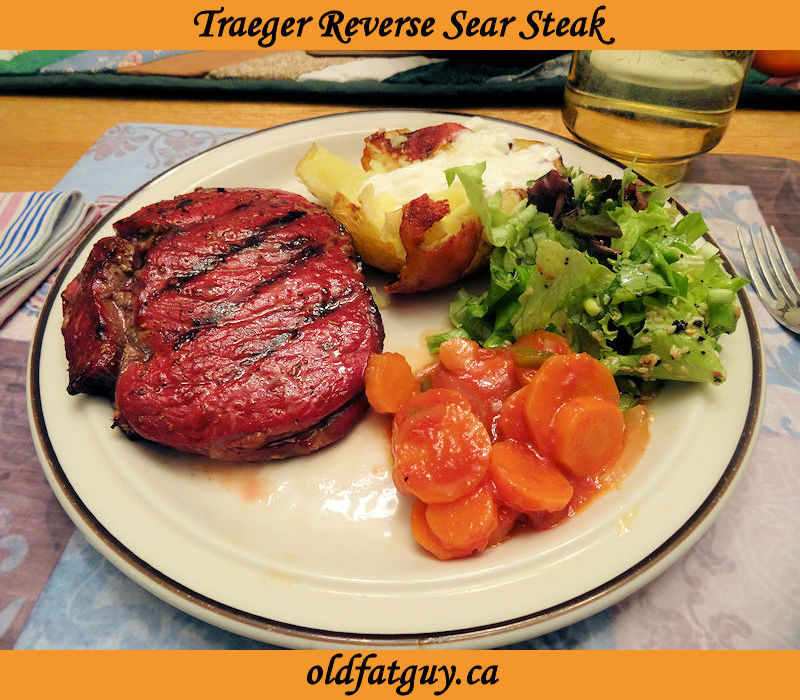 It was my birthday. I had bought a prime grill trimmed rib steak. I could just fire up my Weber Genesis gas grill but I decided to see how my new Traeger Timberline smoker did on a reverse sear.

For those of you who don’t know what a reverse sear is, you smoke a steak at low temperature and then sear in over high heat, in this case, my Weber Grill.

I started by preheating my Traeger grill to 225 F (107 C). My Traeger Timberline has a super smoke mode to add extra smoke at low temperatures. I turned it on.

I gave the steak a good dusting with Traeger Prime Rib Rub. I put the temperature probe from the Traeger in the steak and put it in the smoker.

I used the Wifire App from Traeger to track the cook. It was about freezing and it was nice to stay warm inside while the meat cooked. 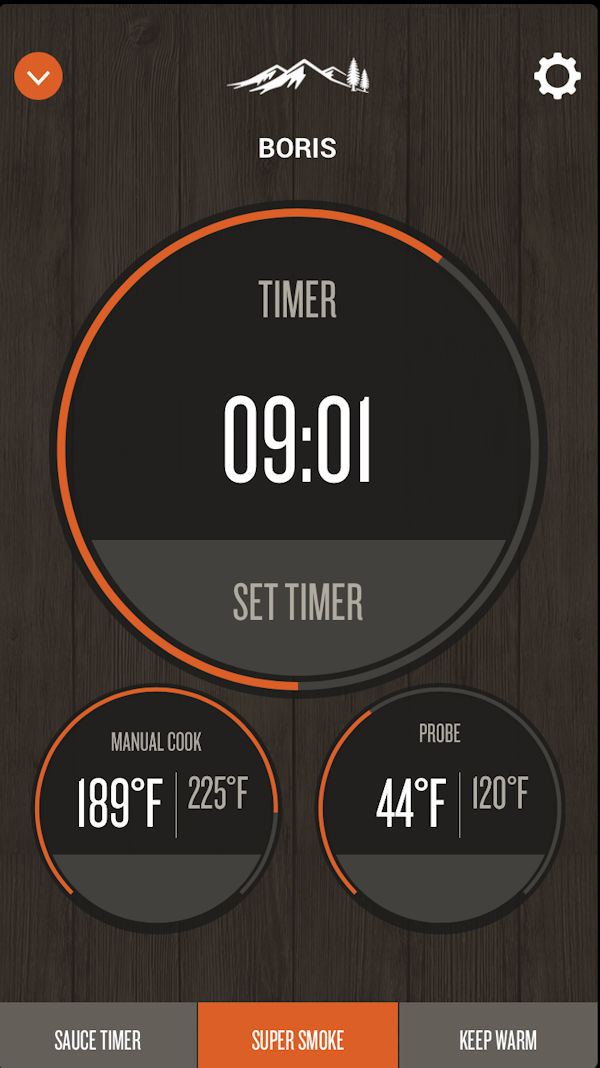 When the internal temperature was about 105 F (40 C), I fired up the Weber and turned the burners on high.

It took about an hour for the internal temperature in the steak to get to 120 F (49 C). I took the steak off and put it on the Weber grill.

I gave it a couple of minutes a side to get the internal temperature to 130 F (54 C), just the way I like it. I took the steak in and let it sit for 5 minutes and dove in! 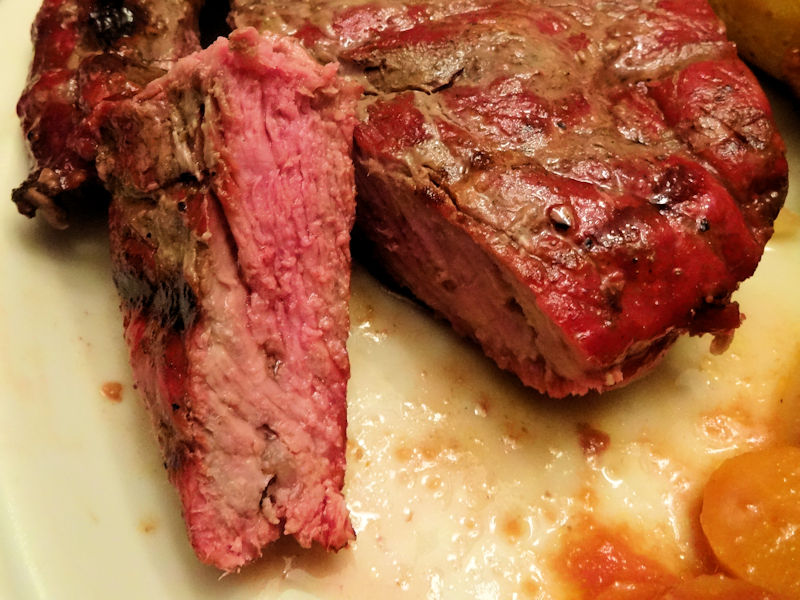 We served it with bacon wrapped potatoes, one of She Who Must Be Obeyed’s famous salads and Copper Pennies. Talk about a great meal!

The super smoke setting on the Traeger really works. The steak had a distinct smoke flavour. Also, the surface got a red hue from the smoke and there was even a bit of smoke ring.

If you like smoked beef, this is the method for you.