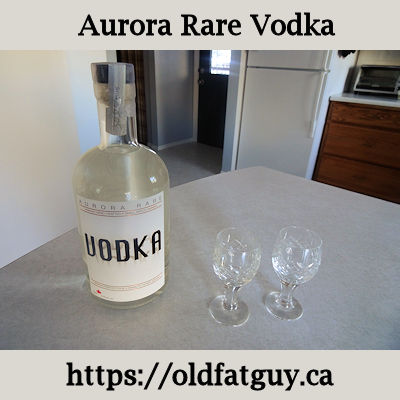 You know when you have great family. They give you fine liquor for Christmas. Mine gave me a bottle of Aurora Rare Vodka. It is a product of Elk Island Spirits in Alberta. I will start this post with a notice that I am not a vodka expert. I will just be reporting on my impression of the vodka.

First, the vodka is small batch and comes with a hand written serial number and signature of the bottler. I don’t know if this is a gimmick but I found it kin of cool! Sort of a high class touch. 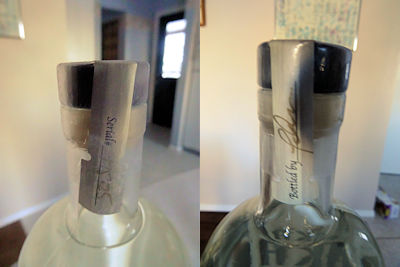 I like my vodka chilled. It is minus 17 here in the mountains so that wasn’t a problem. I put the Vodka outside for 20 minutes and it was nice and cooled.

I poured a small glass and gave it a sniff. I don’t expect a lot of nose from a vodka but I could detect a little whiff of grain. When I took a sip, this was reaffirmed. It is a clear smooth vodka with no harsh alcohol taste like cheaper vodkas but it did have a nice mild grain taste. It was just in the background but it was reminiscent of a fine rye. It made it a pleasant sipping drink which surprised me from a vodka.

We made a couple of martinis and the vodka was great mixed. It made a nice martini with the touch of grain taste and no harshness.

This was a very nice vodka that might make me think again about sipping vodka as a drink.