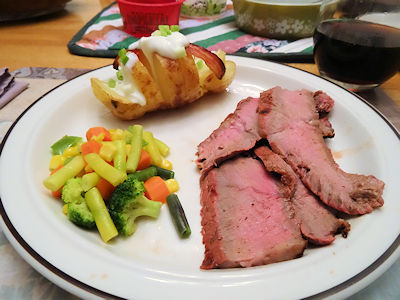 Sometimes you just have to go back to the basics. Steak and potatoes are about as basic as you can get. I did kick it up a bit by marinating the steak, adding some onions and bacon to the baked potatoes and cooking it on my pellet smoker but it was still just my old favourite.

On the morning of the cook, I brushed a sirloin steak with Club House La Grille Signature Steak Marinade. Then I put it in a plastic bag and into the fridge. 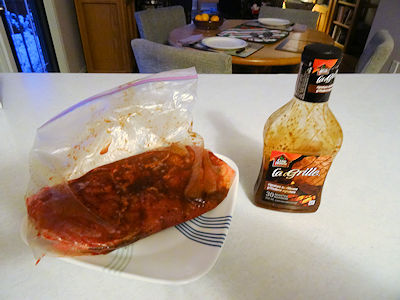 I took some medium sized potatoes and cut just about all the way through and put some onion slices in the cuts. Then I put a half a strip of bacon on each potato. I wrapped it in foil and put it in my pellet grill at 400 F for 30 minutes.

I turned the pellet grill up to 500 F and put the steak on. After 6 to 7 minutes, I turned it and cooked it for 6 to 7 minutes on the other side. I took it off and let it rest for 10 minutes. 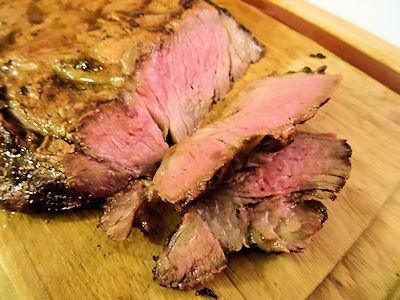 We unwrapped the potatoes. 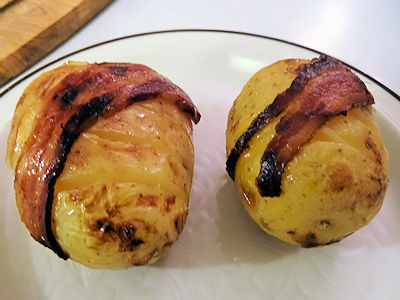 We served it with steamed mixed vegetables. 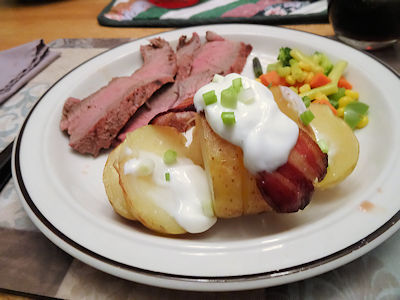 A nice beefy steak with a hint of smoke. A baked potato with bacon, onions and sour cream. What’s not to like?

4 thoughts on “Steak and Potatoes”