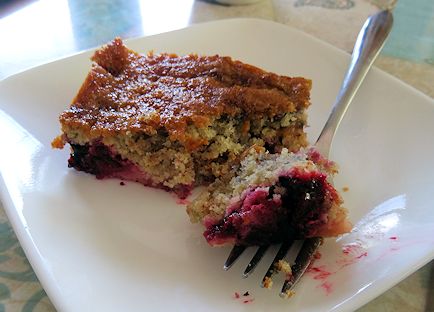 I have been growing haskap berries for a few years now. They are a hardy berry that is tarter than blueberries but have a nice fruit taste in baking. They are already ripe even here in the mountains. So I continue to experiment with them. I varied a recipe from Rogers Flour to use haskap and here it is!

The recipe for this cake is at the end of the post.

I started by coarsely chopping the rhubarb. 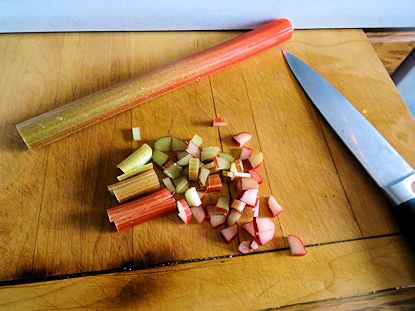 I creamed the butter and sugar together. Then I beat the egg and vanilla in.

I mixed the flour, baking soda and salt together in a separate bowl.

I put 1/4 cup of lemon juice in a 1 cup measure and filled it with whole milk.

I mixed the dry ingredients into the creamed butter in 3 additions with 1/2 of the liquid in between. Do not over mix, just make sure everything is mixed.

Toss the rhubarb and haskap with 1 tablespoon each of sugar and flour.

Fold the fruit into the batter. Put the batter in a pan that has been sprayed with baking spray. 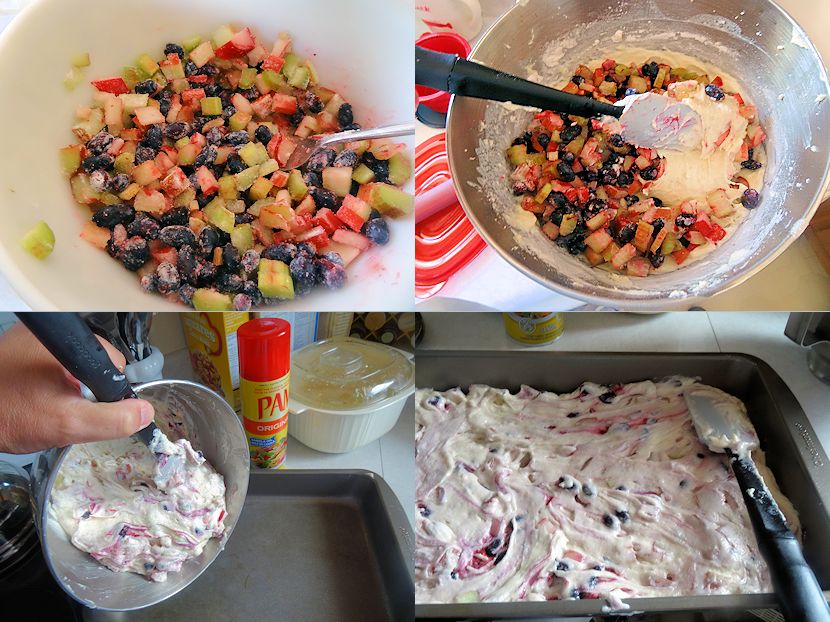 Mix the butter, brown sugar and spices. Drizzle the mixture over the batter. 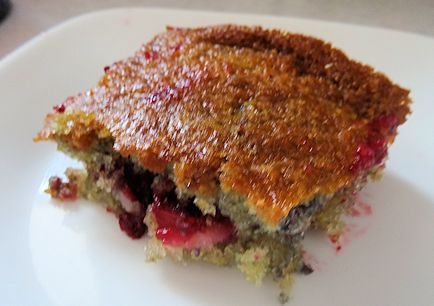 The result really threw me. This isn’t really a cake. It has the texture of a bar. However, the fruit settles and makes a nice jam like layer on the bottom that is sort of like a pudding. Is it a cake, a bar or a pudding? The texture is just different from anything I have tried. However, it did taste delicious! There was a moist cake/bar layer that had a nice spice touch from the cinnamon, nutmeg and cloves. The haskap and rhubarb on the bottom gave it a jammy sweetness that offset the tart of the rhubarb.