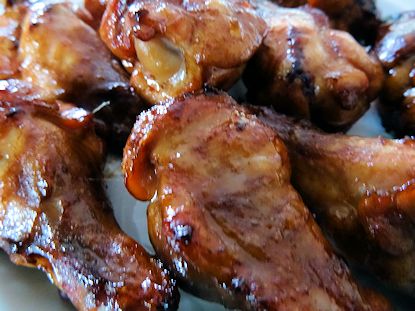 They had some chicken drumettes on sale. We love chicken wings so we bought a couple of pounds.

I started by mixing 1/4 cup of pineapple juice with 1/2 cup of teriyaki sauce and 2 tablespoons of melted butter. Using a marinade injector, I carefully injected some of the marinade mix into each of the drumettes. It is only fair to warn you, this is messy and some shoots out but it is kind of fun to make a mess (She Who Must Be Obeyed will hit me if she reads this).

Then, I put the wings in the rest of the marinade and put it in the fridge for 4 hours, turning the wings a couple of times in that period.

I fired up my Mini WSM but you could also cook in an oven at 350 F or over indirect heat on a barbecue. I put the chicken wings on the WSM and cooked them for about 30 minutes, turning once. I used my Thermapen to make sure the internal temperature was over 165 F and they were done. 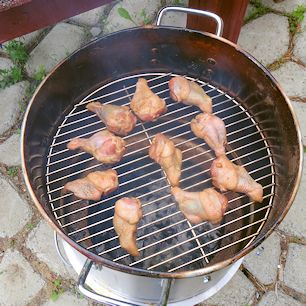 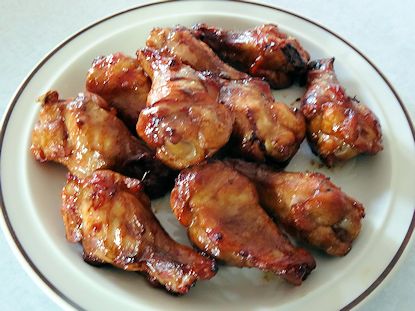 The Verdict: These are a great appetizer or light meal. The injecting bumps the flavour of the marinade and makes the wings very tasty. I like these.