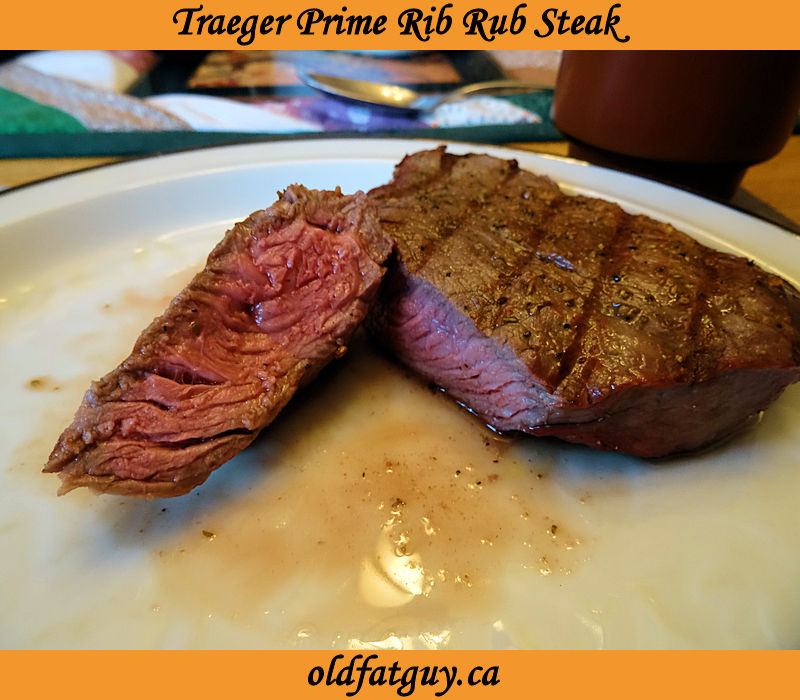 I have been enjoying my Traeger Timberline 850. So I was even more pleased when Traeger sent me some of their Prime Rib Rub. You need to know I did not pay for it ut I will be giving an honest review. 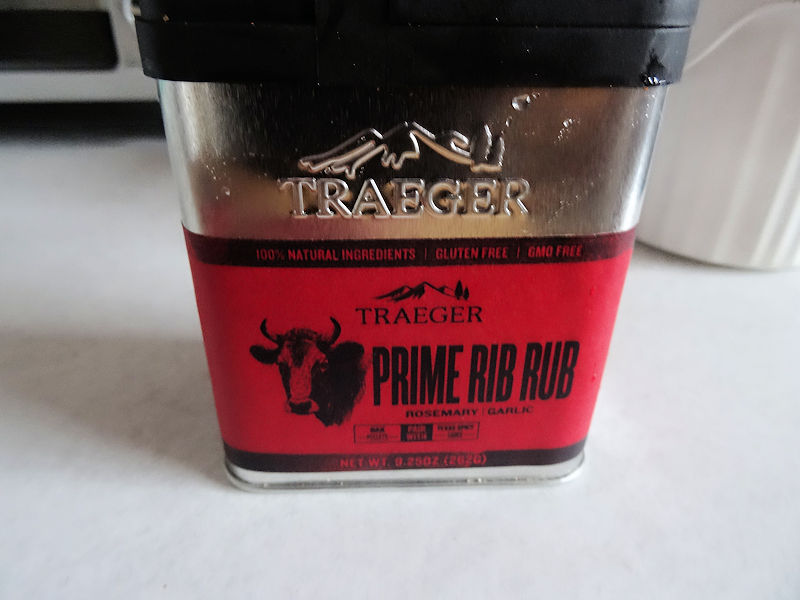 I did have a problem in trying the rub. I didn’t have a prime rib roast. I did have some nice top sirloin steaks and decided they would be worthy of the rub and would also give me a chance to try out the Traeger claim that their smoker would sear a steak.

My prior smoker would cook a nice steak but didn’t really sear it. I was anxious to check out Traeger’s claim.

I started by giving two steaks a nice layer of the rub. 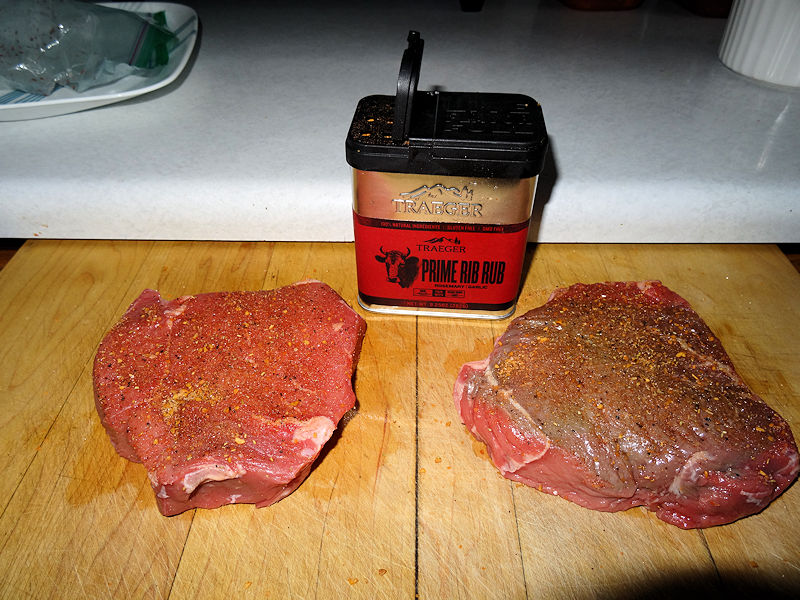 I preheated the Traeger to 500 F and gave it 15 minutes to heat the grills. I put a temperature probe in the steak and put both in the hot grill. I gave it about 8 minutes and then turned the steaks.

I continued smoking until I got the internal temperature I wanted, 130 F. The steak would continue cooking while resting.

I let it rest for about 5 minutes. 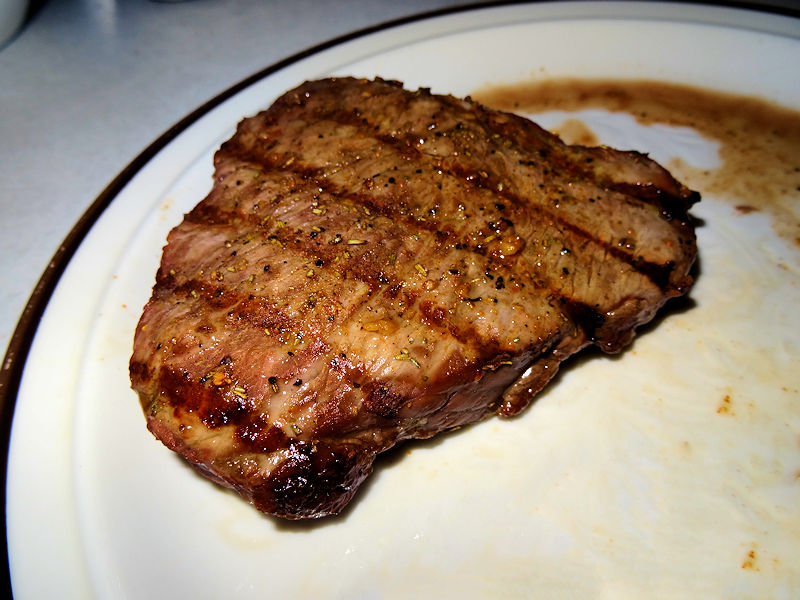 First the rub. This is a great beef rub. Many beef rubs are so heavily salt based, you don’t taste anything else. This has a nice salt hit but complexity with a great garlic undertone. I can highly recommend the rub.

Second, how did the Traeger do searing the steak? I had a real problem here. The Traeger gave decent grill marks but I wouldn’t say it really seared the steak. However, the steak had a great texture, was medium rare most of the way through the steak and it was incredibly juicy. She Who Must Be Obeyed said she liked it and that is a major consideration.

While I would have liked more char, the Traeger made a great steak. I will use it again.