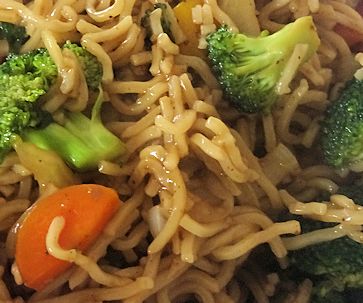 I was making Char Siu Pork (see the prior post). I wanted to stay with the Chinese theme so I needed to make a side dish to go with it. I love Chow Mein, it is easy to make and it is tasty. My problem was solved, Vegetable Chow Mein it would be.

The recipe for this dish is at the end of this post.

Several hours before the dinner, I chopped up the vegetables for the dish and mixed up the sauce. 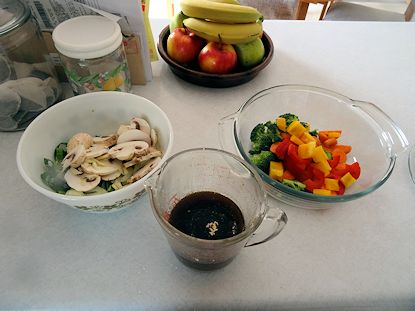 While my Char Siu Pork was resting, I put a Dutch oven half full of water on high heat to start boiling and heated 2 tablespoons of oil in my wok over high heat. When the oil just started to smoke, I put the peppers, broccoli and carrots in the oil and stir fried for 3 minutes. Then I added the bok choi, mushrooms and garlic and stir fried for 2 minutes. 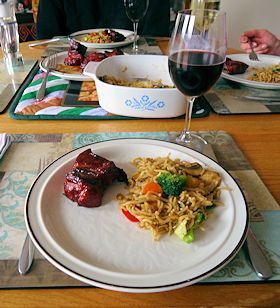 This is nothing fancy but it is a good chow mein. It was the perfect side dish for the Char Siu Pork.