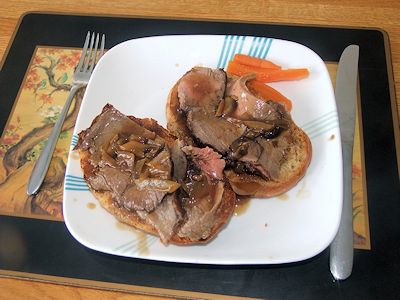 My mother made the best roast beef gravy. I would love to make gravy like she did. Sadly, it is never going to happen. She had advantages that I don’t.

First, there is the beef roast itself. When my mother bought a beef roast, it was marbled with fat and had a large fat cap on it. Today’s beef is raised leaner and, when it is made into a roast, it is trimmed of excess fat. This is all done in the name of healthier food and is likely a good thing. Unfortunately, it means there are less juices from a roast to make great gravy.

Second, they cooked their beef at a higher temperature. This was done in the belief that searing the outside of the roast would retain moisture in the beef. This has been disproved long ago but is still accepted as fact by many. Indeed, we now cook at lower temperatures as this actually does make a moister roast. However, those high temperatures caramelized more of the surface of the roast and gave lots of good dark bits to scrape up when you made the gravy. That makes for great tasting dark gravy.

Third, my parents liked their beef well done. I don’t mean with a touch of pink. I mean cooked until there is no colour left in the meat. If my father saw the slightest hint of any colour he say “I have seen cows burnt worse than this get better.” It made for dry tasteless beef but drove off a lot of juices into the pan which made for great gravy. These days, we cook slower to a rarer product which makes for moister better tasting meat. However, the moisture that remains in the beef isn’t in the pan when you go to make gravy.

Nope, I am doomed to never make my mother’s gravy. When I look a the dry pan with just a few flecks of dark under my roast beef, I do think back fondly of the gravy my mother made.

So, what are we to do? Give up gravy? Never!

While I can’t make the rich dark gravy of my childhood, I can add in other flavours to make a rich tasty gravy that pleases my palate. The other advantage is I can make it even when I don’t have a roast beef. It doesn’t hurt that it is relatively low in fat. 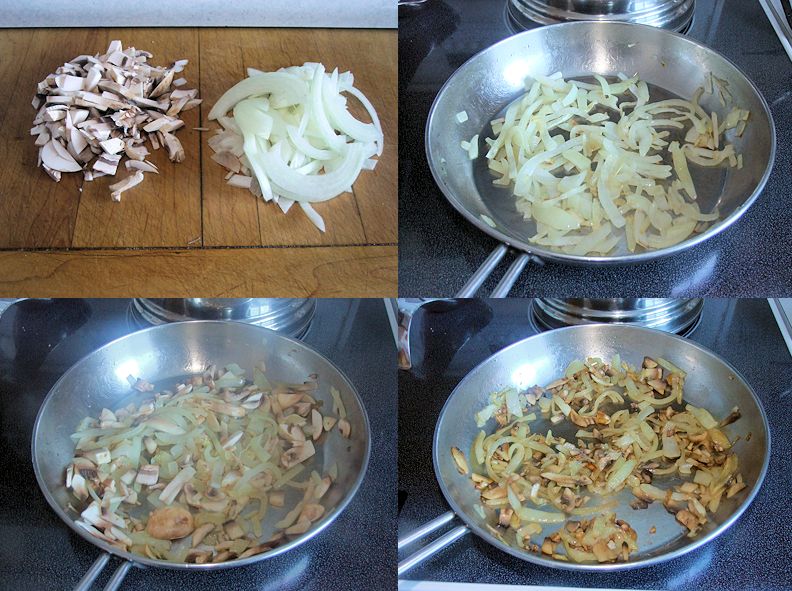 Add the beef stock to the onions and mushrooms. Increase the heat to bring to a boil. Reduce the heat and simmer for 10 minutes. add the soy sauce, Worcestershire, sherry and balsamic vinegar.

Let it simmer for a minute and then add salt and pepper to taste. I usually don’t have to add salt. The stock and the soy sauce have lots of salt.

Slowly stir in the cornstarch and water and stir over heat until thickened. Some people like very thick gravy. You can make it even thicker by adding more cornstarch dissolved in water.

As I said, this is not the rich beefy gravy of my youth. However, the onions and mushrooms give flavour depth. The sherry and Worcestershire give it a complex sweet note. The balsamic just a touch of tart. The soy give is it a dark colour and richer taste. I also like the chunks of onion and mushrooms on my potatoes or hot beef sandwich.