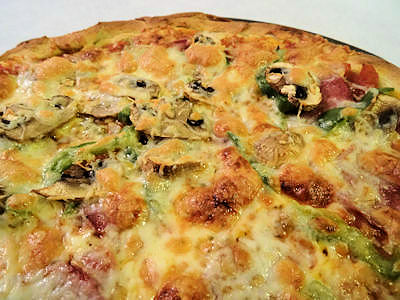 It was Super Bowl Sunday. You have to have something you can eat in front of the TV. Pizza is the perfect food. I had been wanting to try a different sourdough pizza crust that would have a bit more bite to it. This is the Sourdough Pizza I made.

I started by putting the yeast in a bowl and putting the water on top of it. I let it sit and rehydrate for 10 minutes. Then I added the rest of the ingredients.

I put the dough hook on my stand mixture and let it run until the dough started to form a ball on the hook. Then I ran it for 7 more minutes.

I took the dough out of the bowl and formed it into a ball. I greased the bowl with some oil and turned the ball in the oil to coat. I covered the bowl with a towel and let it rise until the dough had doubled in size, about 3 hours.

I stretched the dough over a fourteen inch pizza pan and pinched an edge up around the pan.

Of course, you can use any toppings you like. I like to brush the crust with a tablespoon of olive oil. Then I put about a a cup of pizza sauce on it. I topped it off with homemade Trail Bologna, green pepper, and mushrooms. I covered it with some grated mozzarella cheese. 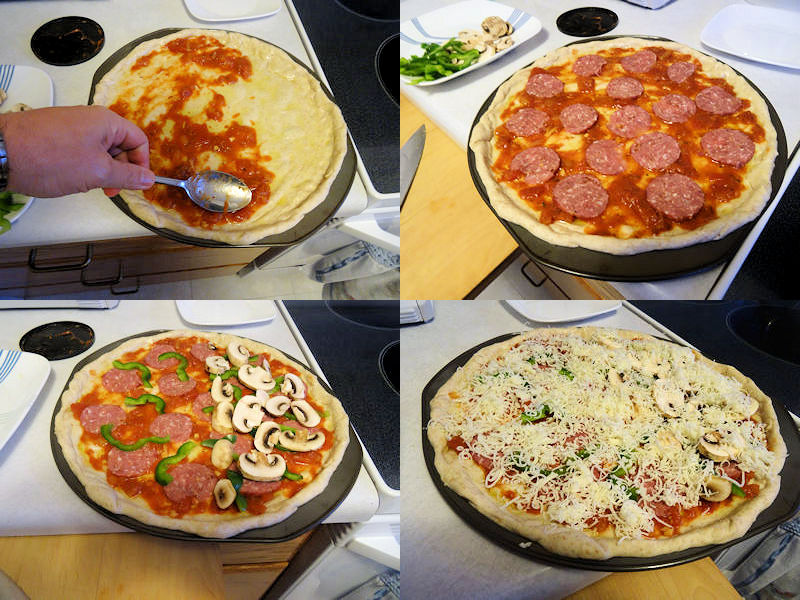 I put the pizza on the lowest rack of the oven for 12 to 14 minutes, until the crust is golden. 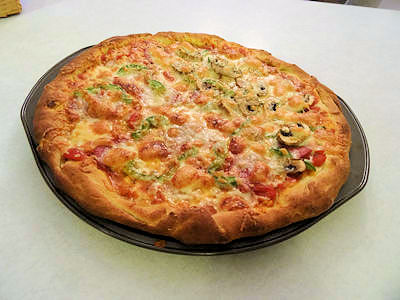 Cut it into eight pieces and serve. 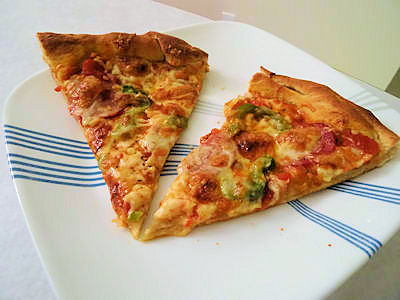 This makes a great pizza crust. It has a nice texture and the sourdough makes it a little crispier than most bread style pizza dough. It made a great pizza.