A Homage to Pork! 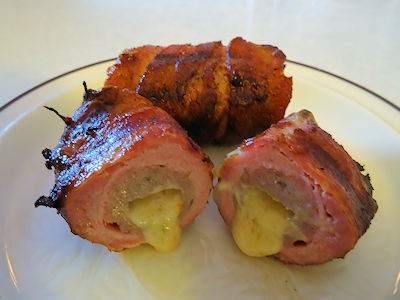 OK, I admit it. I love pork. I like all kinds of pork. I decided it was time to do a dish that reflected my love of pork in all its forms. Welcome to Quatre Cochons de Montagne (Four Mountain Pigs). Of course, one of the best ways to cook pork is in the smoker, so the Louisiana Grills Pellet Smoker was the chosen tool.

I started by cutting the cheese into 1/4 by 1/2 inch sticks. 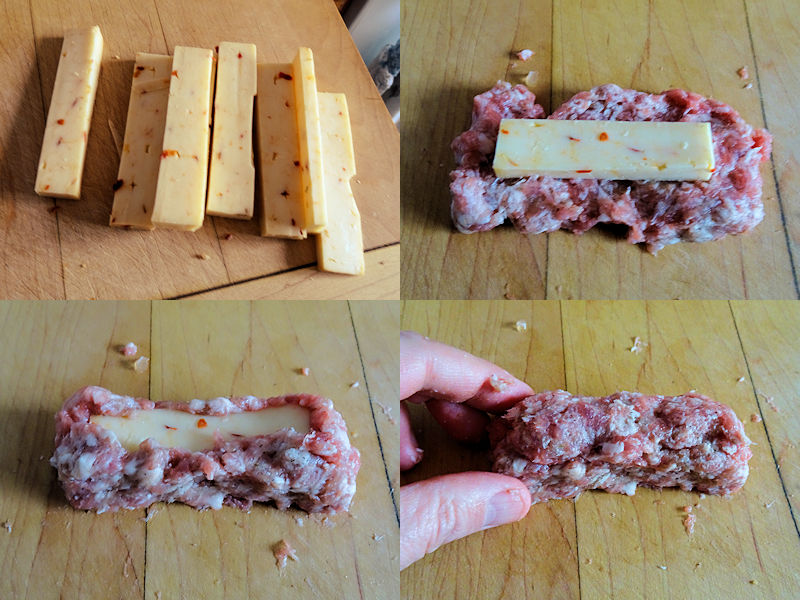 I thin sliced some ham and wrapped it around the sausage.

I cut the pork loin roast to about 3/8 inch thick slices. I put a slice between sheets of wax paper and pounded it thin (a little less than 1/4 inch).

I wrapped the cochons in the pounded slices for the third pig, pork loin.

I wrapped each cochon with a strip of bacon for the last but not the least of the pigs, bacon.

Then I sprinkled them with Louisiana Grills Bourbon Molasses rub (you can use any sugar based barbecue rub).

I smoked them in the pellet smoker that had been preheated to 350 F for 50 minutes. I turned them a couple of times during cooking. Be careful not to squeeze them while turning or you will force the cheese out.

Once again, this could be done in a 350 F oven. It just won’t have that nice touch of smoke.

Here is the finished product. 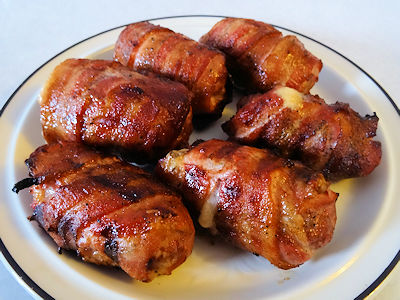 She Who Must Be Obeyed was disgusted by this and described it as pigalooza. However, she did eat it all and had to admit it was tasty.

The bacon and ham add a nice cure flavour to the spicy sausage. The cheese and pork give it a nice texture and the rub caramelized on the bacon.

The next time you feel the urge for pork, don’t go half way, try this! 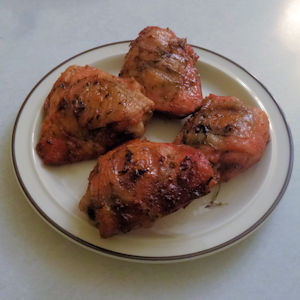 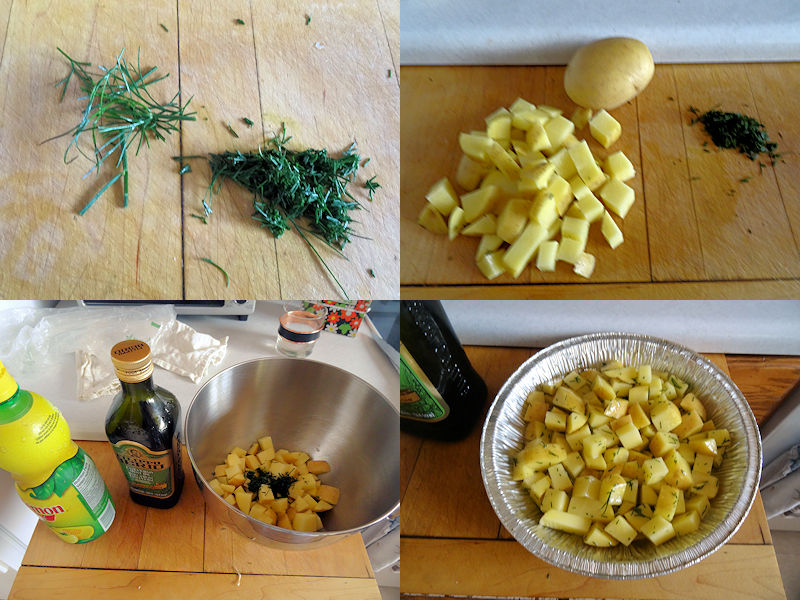 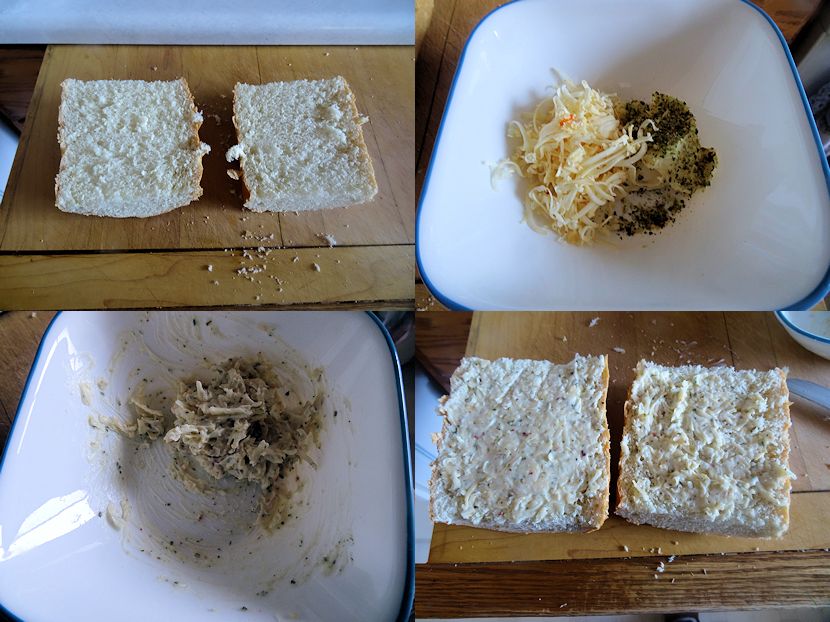