Pork Roast and Roast Potatoes, How Long Does a Good Meal Take?

We found a 750 gram (2 pound) boneless pork rib roast on sale at our local supermarket. She Who Must Be Obeyed said she wanted roast potatoes with gravy. This raised several problems:

However, considering how much the missus has done for me, the least I could do was fulfill her wishes.
Also, I have always felt that it is almost as easy to make a good meal as it is to make crappy packaged food. I decided to prove the point by keeping track of the time it took to do each of the steps.

I started by spraying a roasting pan with vegetable oil and putting it in the oven and turning it on to 350 F. You want to preheat the roasting pan so the potatoes don’t stick to it.

I rubbed a little mustard over the roast. I sprinkled it with salt, pepper, onion powder and garlic powder. I then pressed in some dried rosemary.

I took two large potatoes, scrubbed them and cut them lengthwise into 6 wedges each. I tossed those in a couple of tablespoons of canola oil.

Every 15 minutes, I lifted the rack off, brushed the potatoes with canola oil and turned them. I put the pork back in and continued roasting. It took an hour and ten minutes (four brushings) to get the roast to an internal temperature of 150 F.

It took a minute for each brushing for a total of 4 minutes. 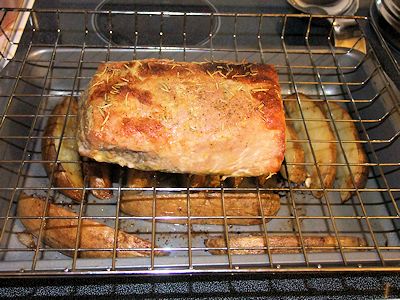 I took the roast off the potatoes and wrapped it in foil. I took the potatoes out of the pan and sprinkled them with Mrs. Dash and put them back in the oven.

I put the roasting pan over a range element on medium high heat and added 2 cups of chicken stock and 1 tablespoon of dried onion flakes to make up for the lack of flavour from the drippings from the roast. While it was coming to a boil, I mixed 2 tablespoons of flour with 3
tablespoons of water in a jar and shook it well. When the stock came to a boil, I slowly stirred the flour mixture into the stock and simmered if for 5 minutes. I then added a grating of pepper.

While I was doing this, She Who Must Be Obeyed, microwaved some vegetables. While the gravy simmered, I carved the pork roast.

All this took 15 minutes.

We spent less than an hour and a half in total time and less than 1/2 hour of actual work to come out with pork roast, gravy, potatoes and vegetables. A real tasty meal. The pork was tender, juicy and flavourful. The potatoes were crispy on the outside and fluffy in the centre .

The gravy was tasty and good. You’ll note the roast was lean, there was little fat used and none in the gravy. It was even good for you! 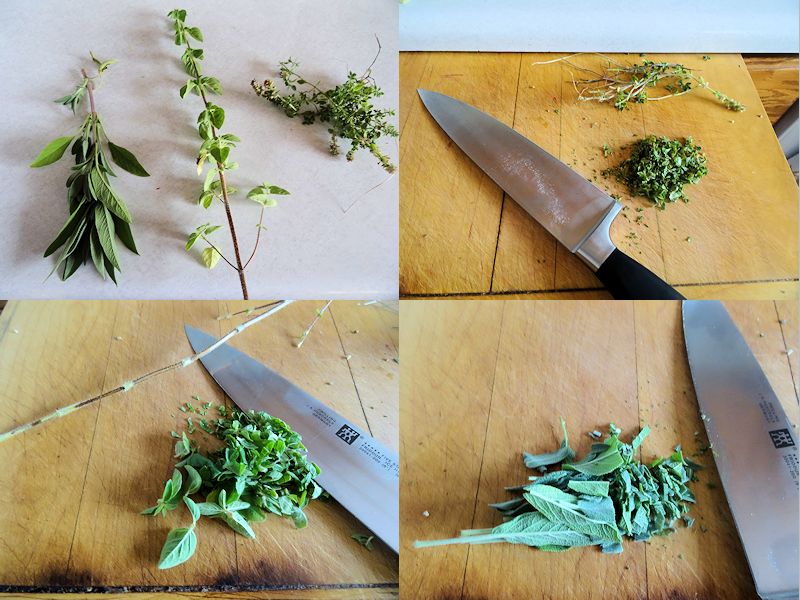 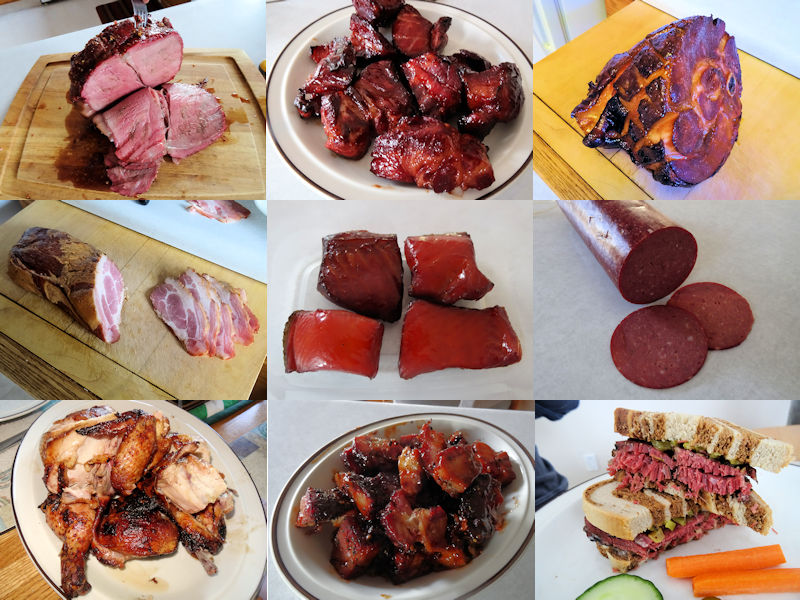