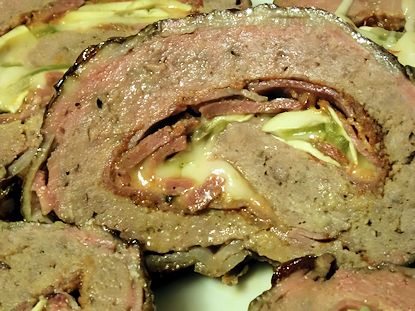 Last weekend, a buddy was coming over to watch the Canadian Football League quarterfinals. One of the teams playing was our team, the BC Lions.
We decided to put a pizza fatty in the smoker between games.
Of course, we needed something to snack on while watching the games. I made a charcuterie and a cheese plate. 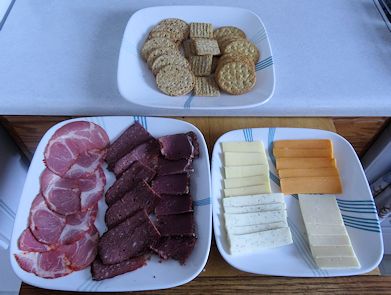 Between the games, I laid out my fatty toppings: 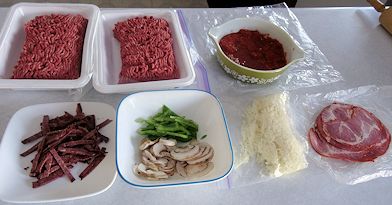 I put 2 pounds of ground beef in a one gallon Ziploc bag. I nipped the corners off to allow air to escape. I rolled the beef out to the shape of the bag with a rolling pin. I cut the sides of the bag and turned the beef onto a long sheet of wax paper.

I spread the toppings on the beef leaving a space around the edges so it can be sealed after rolling.

Using the wax paper to lift one end of the fatty with the wax paper, start rolling the meat like a jelly roll. Seal the seam and the ends.

Then I made the bacon weave. Lay one strip of bacon on wax paper. Alternate the end of strips above and below that first strip. Fold over the strips that are underneath the first strip and lay a second cross strip. Flip the folded over bacon back and flop the alternate strips and lay another layer. Continue until you have a square weave.

I put the fatty in my Bradley Smoker at 230 F over pecan smoke for 3 hours to get to an internal temperature of 160 F. You can cook it in a 230 F oven if you do not have a smoker but it will not have the smoke taste.

I sliced it and served it with coleslaw, green salad and rolls. 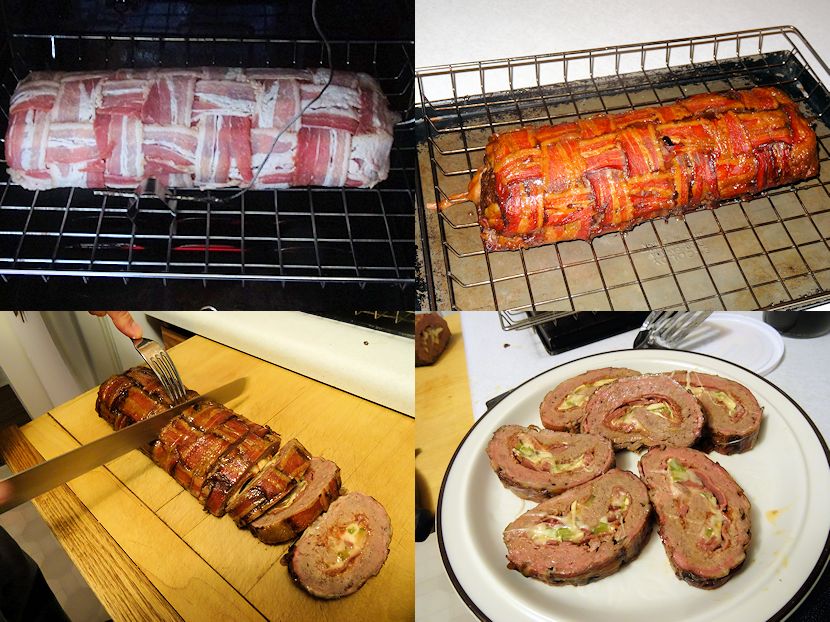 The football game was terrible. Our beloved Lions lost badly.
However, the food was great. The fatty had a nice crisp bacon wrap and a nice flavour. The downside was, while it was tasty, it didn’t taste a lot like a pizza. I think I will use more pizza sauce and will put some pizza seasoning in the beef next time.

Scalloped Potato Video for My Show 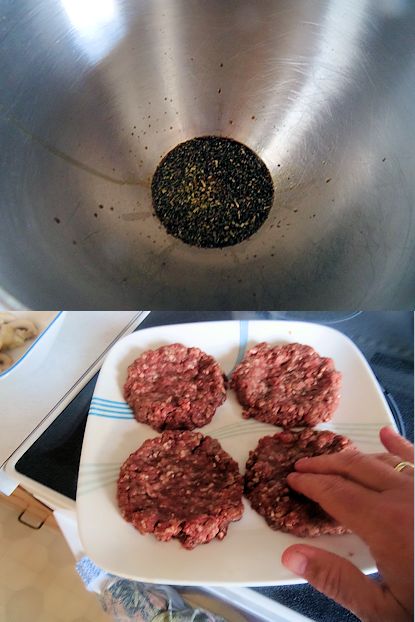