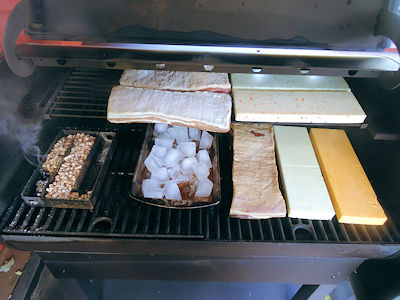 I bought 2 kinds of cheddar, some Monterey Jack and some jalapeno jack.

When I made Bacon in an earlier post, I needed to cold smoke it. I took the opportunity to cold smoke some cheese at the same time. I have smoked cheese before but I always tended toward lighter smoke flavours, oak, cherry or apple for example. I decided I wanted to try hickory this time for a stronger smoke flavour.

The trick to smoking cheese is to keep the temperature in the smoker under 70 F so the cheese doesn’t melt. It was the first half of October so it was quite cold outside but I put a try of ice in the smoker just to  be sure.

I didn’t turn the smoker on because it would be too hot even at the lowest setting. Instead I used my A-MAZE-N Pellet Smoker cold smoke generator. This lets hardwood pellets slowly smolder without generating a lot of heat. I still prefer to do it on a cold day because it does generate some heat.

I put the pellet smoker on the grill of my Louisiana Grills Pellet Smoker, put the cheese and ice in the smoker and closed the lid but propped it open an inch for air flow.

I let it smoke for 3 hours making sure to keep track of the temperature in the smoker. As it was cold outside, there was no problem with the temperature.

I took it out and cut it into blocks that wrapped in plastic wrap and put those blocks in a resealable plastic bag. 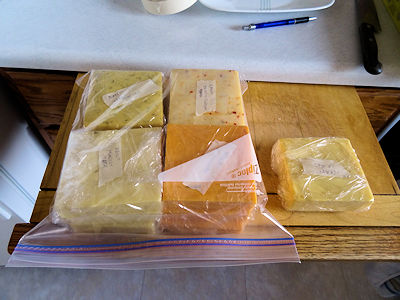 You have to store the cheese for at least four weeks to let the smoke flavour even out through the cheese. If you try it right away, it will taste like an ash tray. So don’t try it. If you do, don’t say I didn’t warn you.

After four weeks, I tried a slice from the old cheddar and the extra old cheddar. 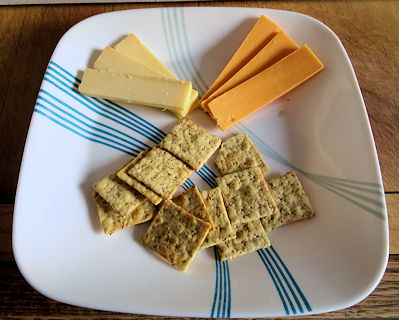 I really like the hickory taste on the cheese. It is definitely a stronger taste than the other smokes I have tried. It goes very well with the strong flavours of aged cheddar. I don’t know if it would go as well with milder cheeses. Dang, now I will have to smoke my cheese in batches. Sigh. The things we do for great cheese. 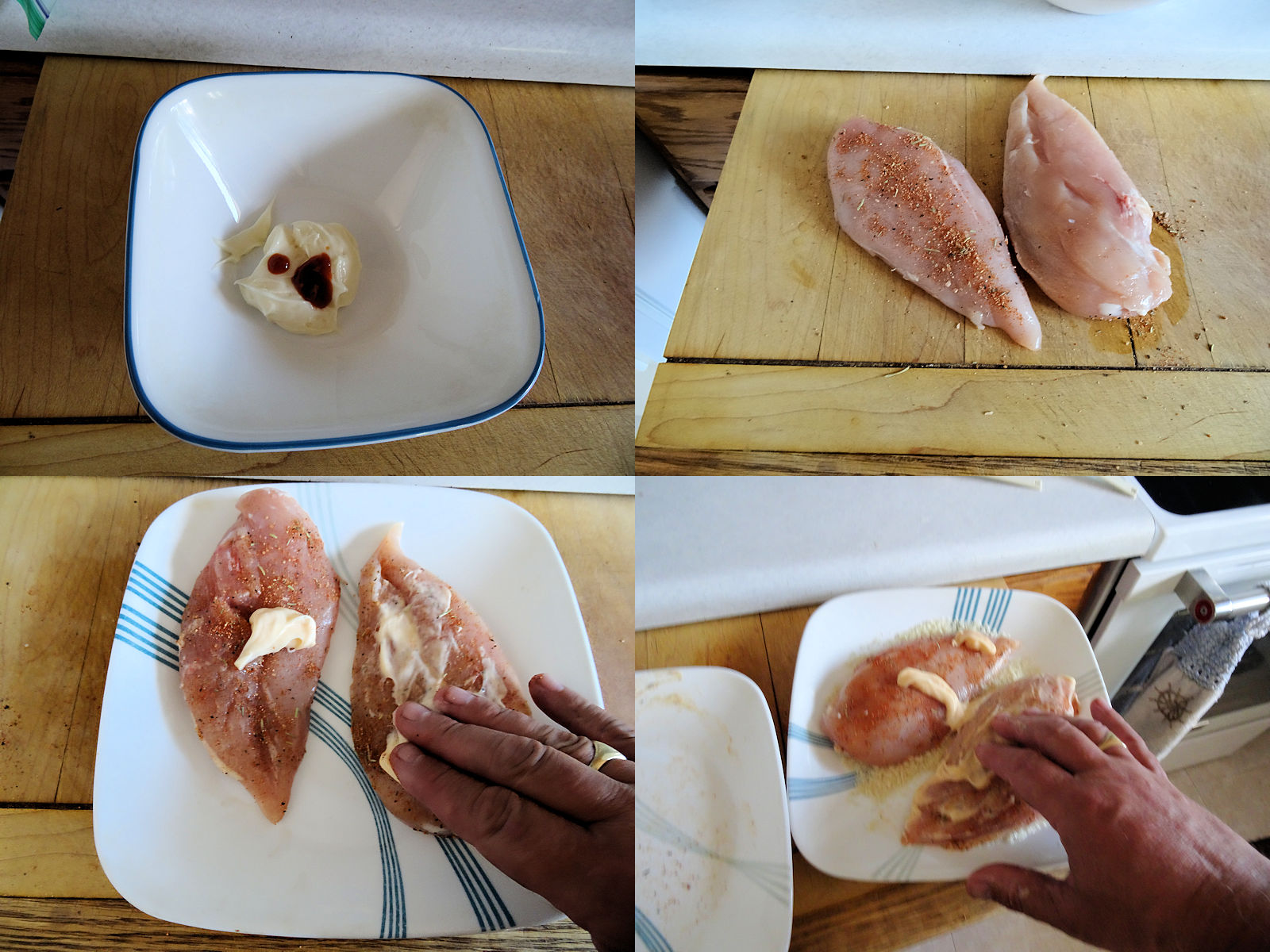 Episode 28, You Can Make It, Scalloped Potatoes and Potted Cheese