I had friends coming in for dinner. Normally, I would spend a couple of days of angst deciding what to cook for them. My friends solved the problem by requesting a double smoked ham. Problem solved!

Hams are already smoked so, if you cook them in a smoker, they are double smoked. It is an easy way to make a ham and gives a nice smoke flavour. However, if you don’t have a smoker, you could just cook this in the oven instead of the smoker and you will get a great result, just not as smoky.

I started with a nice 2.8 kilogram (6 pound) ham. This is a fully cured, cooked ham shank on the bone.

The night before cooking, I scored the surface of the ham 1/4 inch deep in a diamond pattern on all surfaces except the cut face. 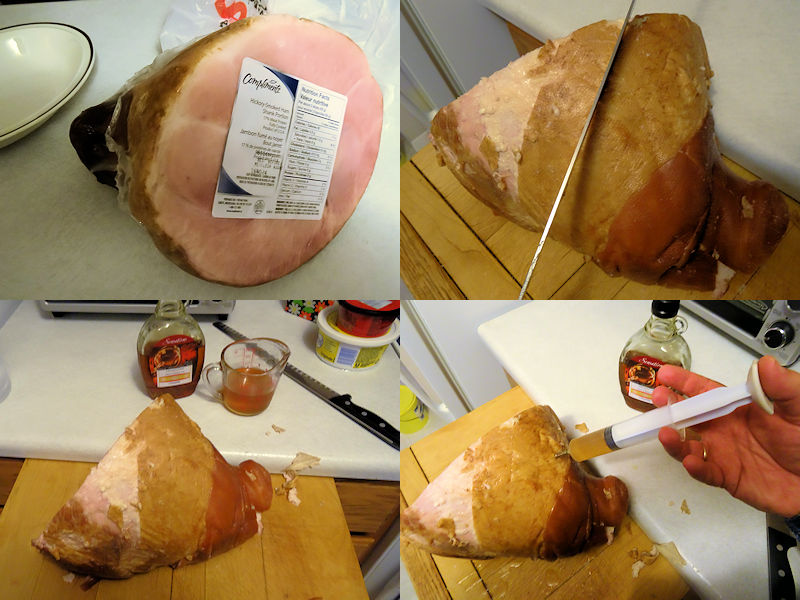 I put the ham in the fridge, uncovered, overnight. 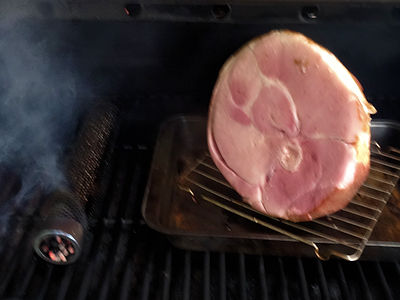 While it was cooking, I made my glaze mixture:

I mixed those together and heated over low heat until it was well mixed. I set the glaze aside.

I took the ham in and brushed it with the glaze mix.

I let the ham sit for 10 minutes before carving.

With company here and a dinner party on the go, I forgot to take carving shots. Sorry! Here is a picture of the left over sliced ham. 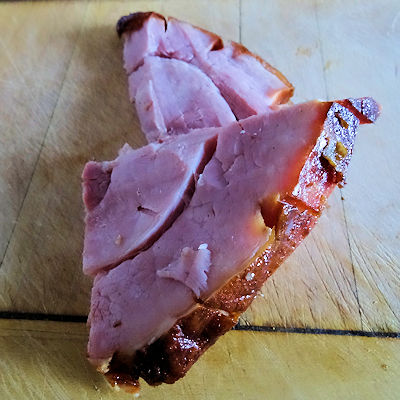 Great! Smoky, sweet, spicy! The double smoking intensifies the ham taste. The glaze and injection gave a wonderful sweetness. The classic ham spices gave that holiday touch of spice. This is a ham suitable for a special occasion with friends and family. 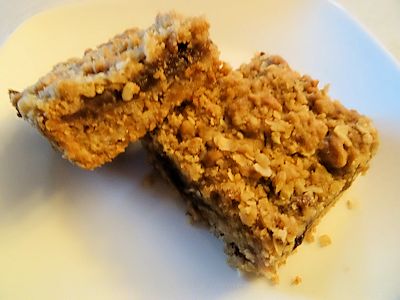 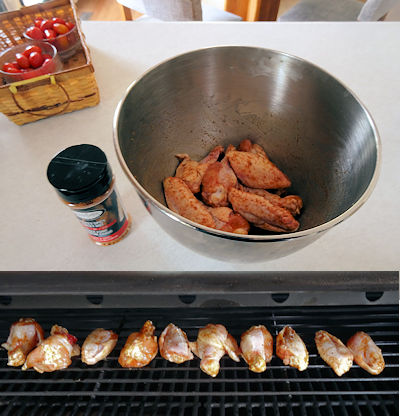 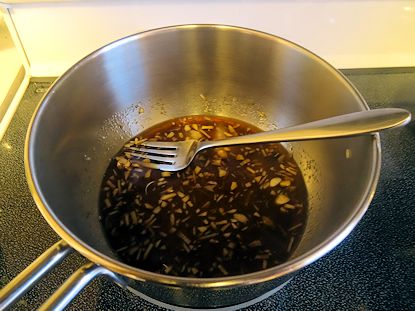