Cooking Your Turkey in a Smoker 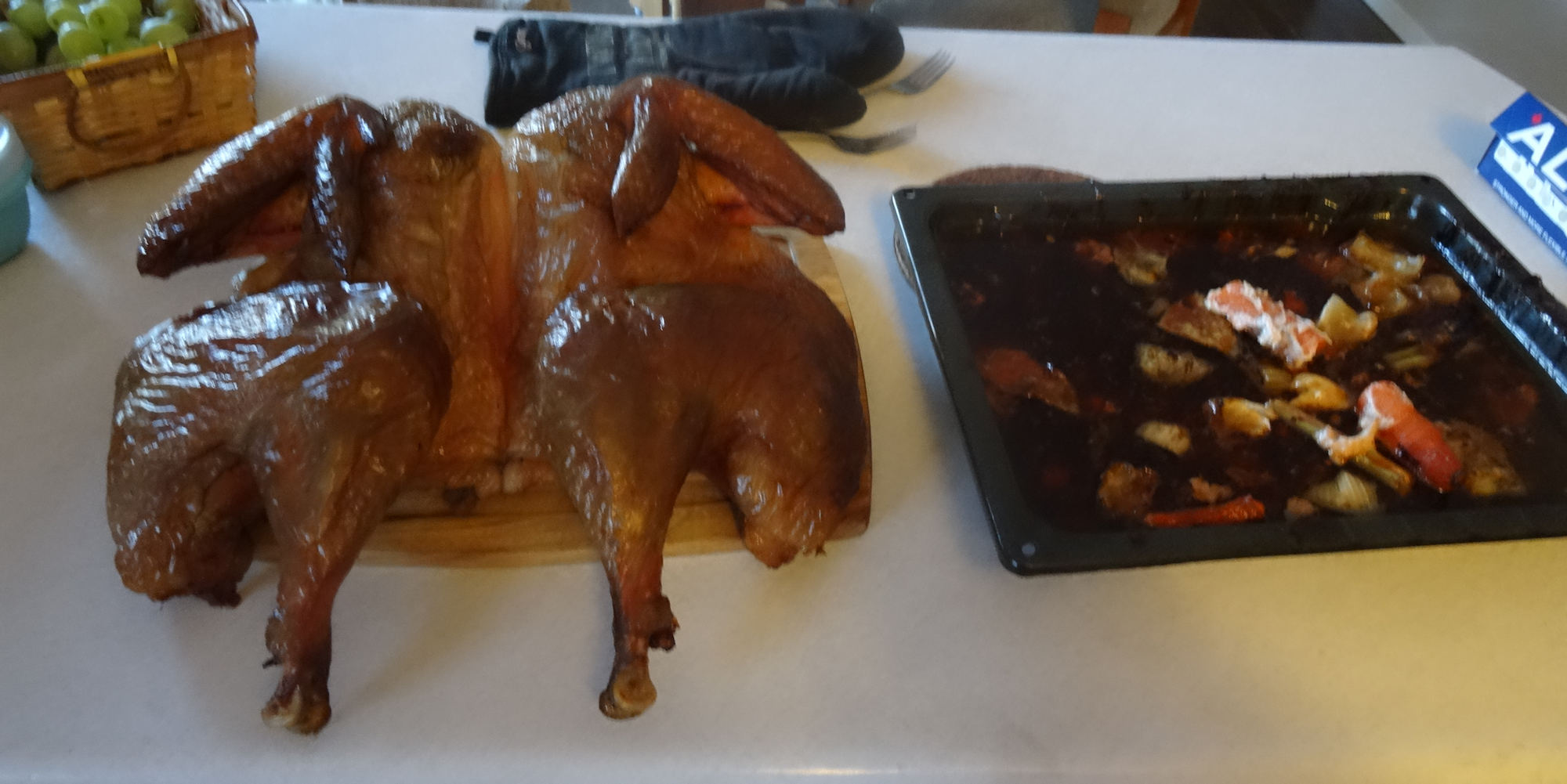 Why not try something different for Thanksgiving this year! Try cooking your turkey in a smoker! It gives and additional level of flavour and has a certain cool factor!
You have several decisions to make if you are going to smoke your turkey.

First, what size turkey should you cook? Some smokers have limited size. You may need to smoke two smaller turkeys. Regardless, make sure your bird will fit in the smoker.

Should you brine it? Brining involves soaking the turkey in a salt and sugar solution to make the bird moister and more tender. The majority of people who have tried a brined bird prefer it. I am not in the majority. I find that it gives a bird a different texture that I don’t care for. As for the bird being moister, it does do that but I have no problem with the moisture level on my turkeys if I don’t overcook them. Most people do overcook their birds and these would benefit from brining. If you wish to brine, there are many good brine recipes on line. I would recommend for only brining for 6 hours to limit the change of texture to the bird.

The next issue isn’t a decision, it is a fact. Don’t cook the bird stuffed. The dressing takes a long time to cook. This means there is more risk of salmonella and other bacterial contamination. Just don’t do it. Cook your dressing in a casserole. Some people like to put a cut up apple or onion in the large cavity. This is OK as long as there is a lot of airflow around it and you throw it out after cooking.
Your next decision is whether to spatchcock the turkey. Spatchcocking involves cutting the backbone and chest bone out of the carcass which opens the turkey up and allows it to lie flat while cooking. If you would like to see the procedure, I spatchcock a chicken in my youtube video below.

This allows the bird to cook more evenly. When you cook a turkey, the breast takes longer to cook than the thigh meat. This reduces that difference and gives you an evener cook. On the other hand, you don’t get the great display of a bird sitting on the carving platter. Both work. I spatchcock but you decide.

The next decision is whether to use a roasting pan under the bird. Some say you get better skin if you don’t as there is less moisture in the smoking chamber. Personally, I like to put a pan under my bird with a chopped onion, carrot and celery in it. I also put a couple of crushed cloves of garlic in it. I add some chicken stock and let it cook. I find the accumulated juices make a great gravy. If you don’t use a pan, you will have to use stock to make your gravy.

The next decision is what temperature to smoke at. You can go low and slow with 250 to 275 F. This gives a lot of smoke flavour but the skin will be softer and less browned. Some kick it up to 400 F to get around this but I find it hard to control the final temperature of the cooked bird doing this.

The last major decision is what kind of wood to smoke with. I’ve been told you have to use mild wood like apple and you need a strong smoke hit from hickory. I have tried many woods and they all tasted great. It is just a matter of your personal taste and how strong a smoke hit you like. My preference is oak or competition blend as the give a nice smoke hit but not strong.

Now that you have decided on these questions, how long will it take to cook the bird? I strongly recommend you don’t cook by time. The most important thing in cooking a turkey is that it gets over 165 F in the thickest part of the breast before serving to kill any dangerous bacteria. The second most important thing is not to overcook it and dry it out. I strongly recommend using a remote thermometer or an instant read thermometer to keep track of the internal temperatures.

If I am cooking at 250-275 it takes about 20 to 25 minutes a pound to get to 160 F. At 350 F it takes about 15 minutes a pound. This varies with your smoker and the amount of airflow in it. Remember to allow resting time in. I am blessed to have my Louisiana Grills smoker which gives great temperature control. If you have less control. If your smoker has less control, keeping track of the internal temperature is even more important.

If you used a roasting pan under the bird, use the defatted juices in your favourite gravy recipe.

I am Canadian and our Thanksgiving was in October. However, I wish my American neighbours a great holiday with much to be thankful for! 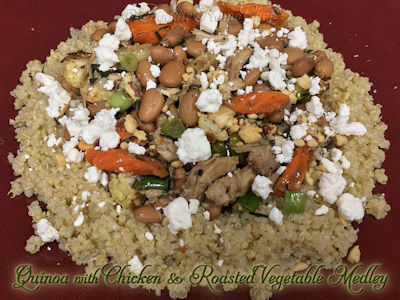 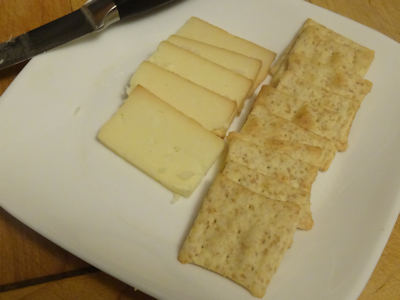