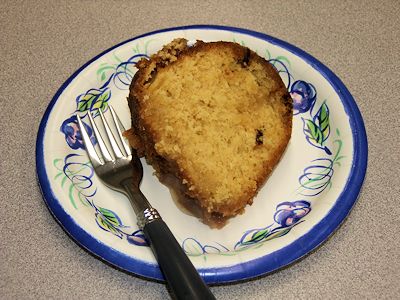 It was my turn to bring the snack for a Toastmaster meeting and had been thinking about Bacardi Cake since I found it in my old recipes. I decided to throw health to the wind and time travel back to the old days.

Instructions:
Preheat oven to 325 degrees F. Prepare one 9 or 10 inch fluted tube pan; generously grease the pan with shortening and dust with flour.

Batter:
1. Sprinkle the nuts over the bottom of the prepared pan.
2. In a large bowl of an electric mixer, combine cake mix, eggs, water, vegetable oil, and rum; beat until thoroughly mixed. Scrape down the sides and bottom of the bowl with a rubber spatula so the mixture blends evenly. Spoon the batter over the nuts and smooth the surface with the back of a large spoon.
3. Bake: Bake 1 hour or until a long toothpick, wooden skewer, or cake tester inserted in the center of the cake comes out clean. Remove from oven and place pan on a wire cooling rack to cool for 10 or 15 minutes then remove cake from the pan and place the cake on the wire cooling rack to finish cooling.

Glaze:
1. In a small heavy saucepan over low heat, melt the butter. Stir in water and sugar; bring to a boil and boil for 5 minutes stirring constantly so mixture does not burn. Remove from heat. Stir in the rum.
2. Use a long toothpick or skewer to poke several small holes in the top of the cake. Spoon the still warm glaze over the top of the cake and allow to soak in. Repeat until the glaze is used up. 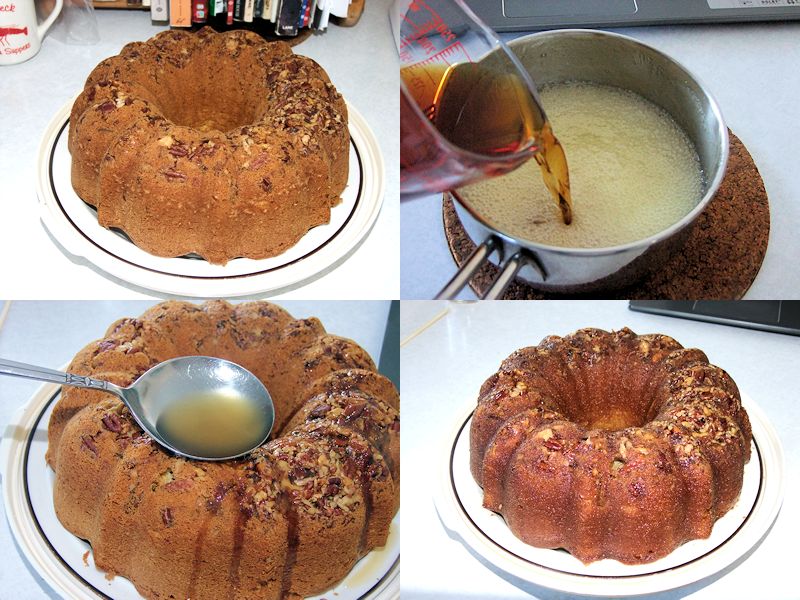 This has a strong rum flavour.

It is moist and rich but has that somewhat artificial cake texture of a cake mix.

It has a strong rum flavour.

It is sweet but the rum offsets it.

It has a strong rum flavour.

I really like this as a treat but will only make it occasionally due to high sugar content.

Did I mention this has a strong rum flavour.

Turkey, The Star of the Show 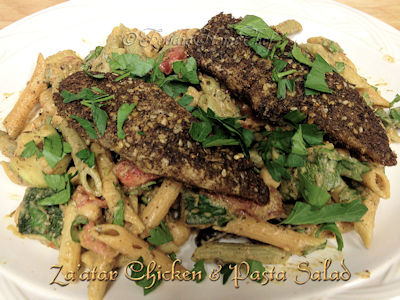