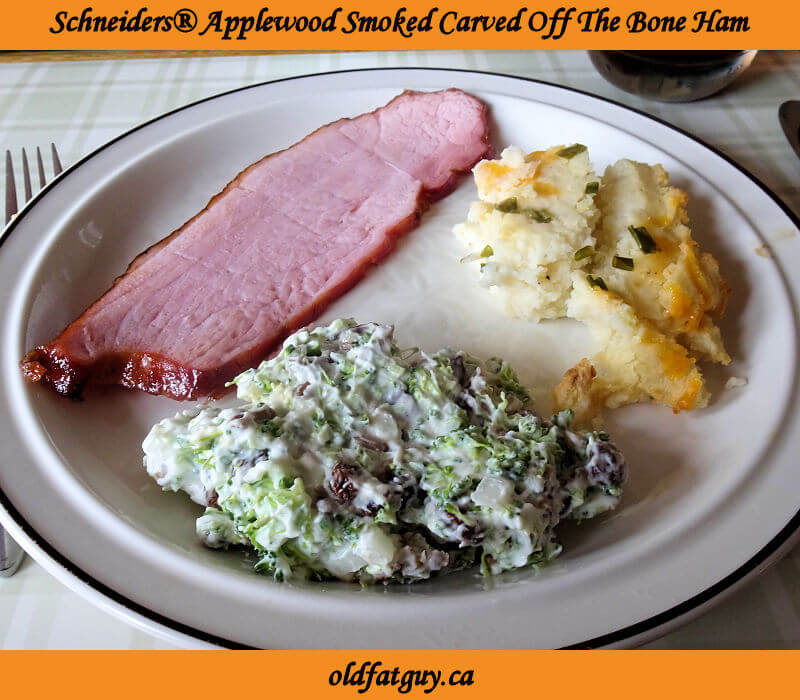 I love double smoked ham (a ham cooked in a smoker). The problem is that a whole bone in ham is a lot of food for She Who Must Be Obeyed and myself. We do freeze slices but sometimes you just want a smaller amount for a meal.

I have tried the smaller hams that are made of compressed pieces of ham but the texture just isn’t right. Schneider’s has solved my problem. I was in my supermarket and found a product called Schneiders® Applewood Smoked Carved Off The Bone Ham. It is a solid piece of ham cut from a whole bone in ham.

I unwrapped it and it was very lean. This is good and bad. My arteries will thank me for the lower fat but was it going to come out dry?

I made a simple brown sugar glaze and put the ham piece in my Traeger Timberline at 225 F (107 C) with the supersmoke setting on.

When the internal temperature got to 140 F (60 C) and brushed it with the glaze. I cooked it for 15 minutes longer, gave it a second brushing and cooked for another 15 minutes.

I brought it in and let it rest for 10 minutes. 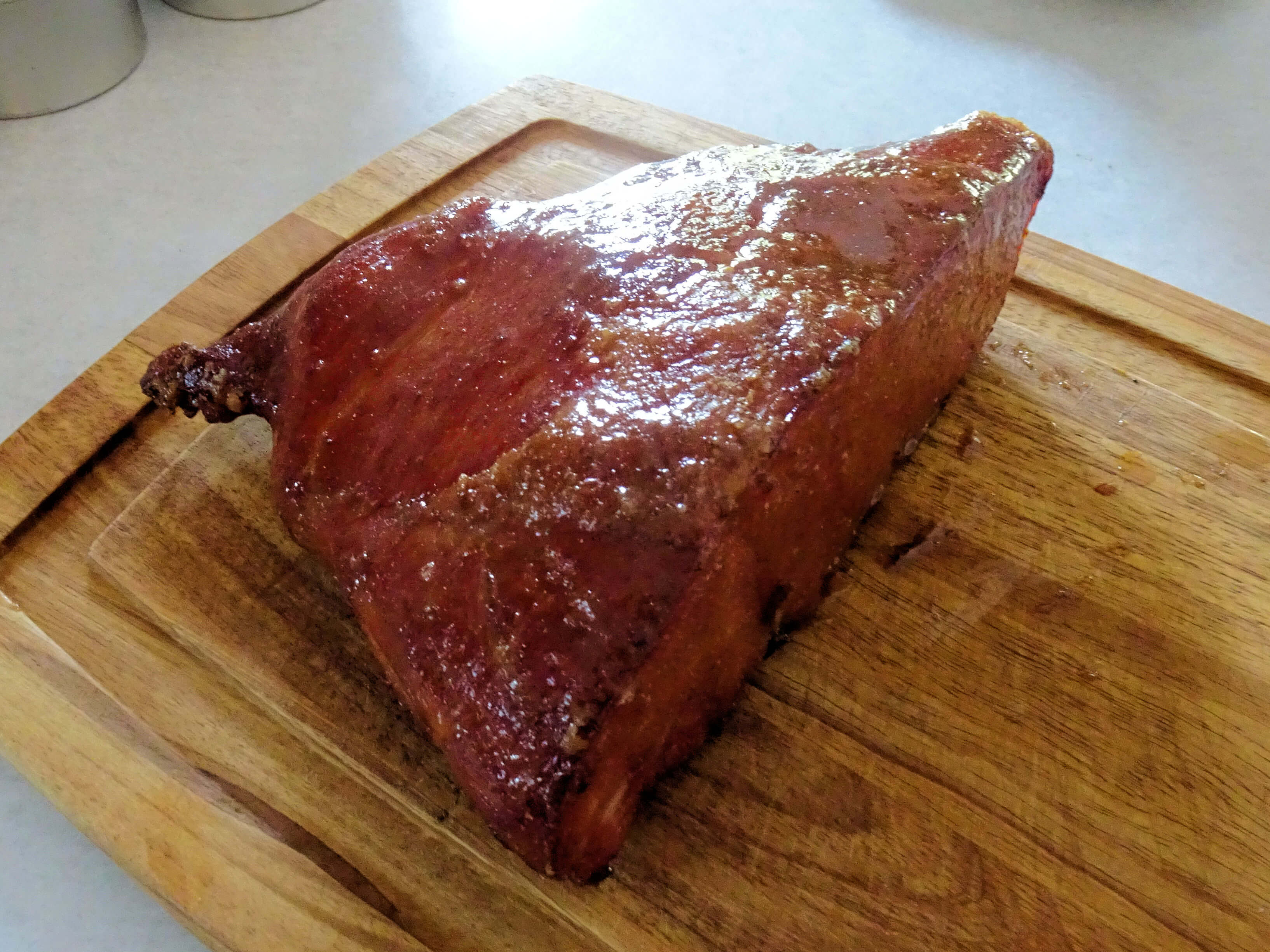 I sliced it up and served it. 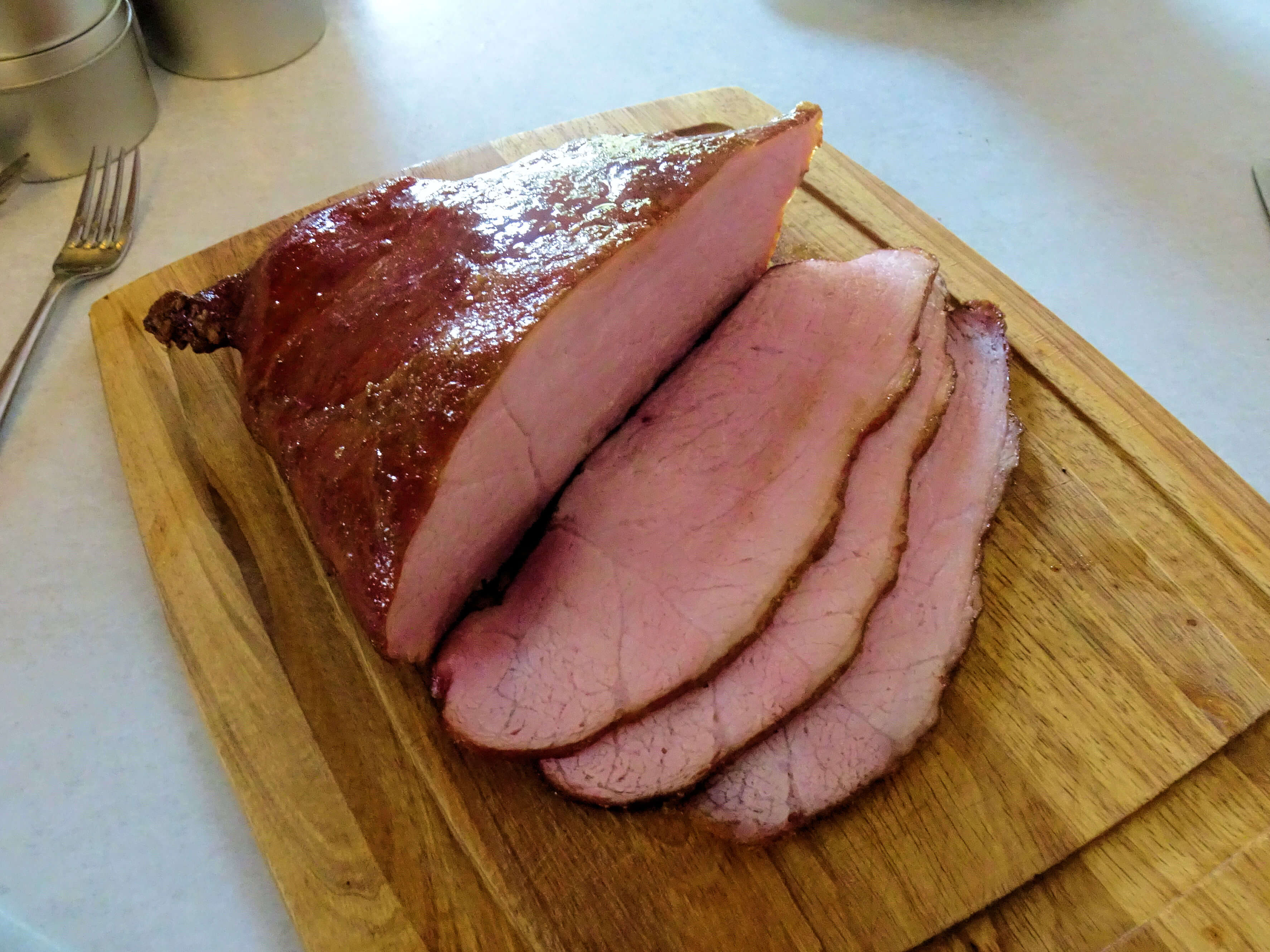 This was great and I will be buying it again. Even with the small fat cap, it was still moist and the curing was perfect. The second smoke really kicked up the flavour. Good product, Schneider’s.