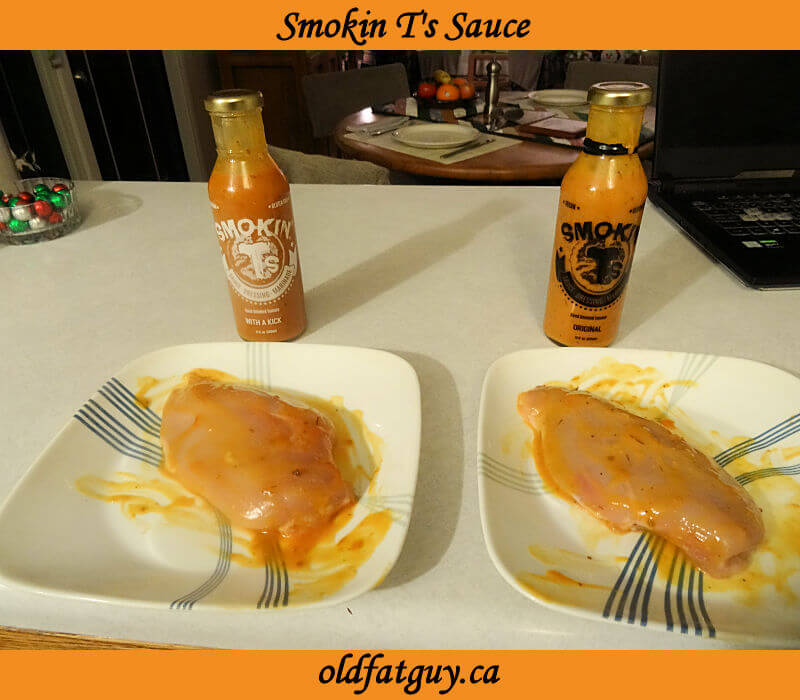 Once again, I have been blessed with the generosity of the blogging community. Dave of Kitchen Convivial sent me a couple of bottles of Smokin’ T’s Sauce. Check his site out, you will like it!

The two bottles were the regular sauce and “With a Kick” sauce.

I started by tasting them straight up out of the bottle. I started with the regular sauce. Wow! It has a nice sweetness. Not the sugary sweetness of a barbecue sauce but the nice sweetness of tomatoes. This is offset by a touch of tart. Not as strong as a vinaigrette but nicely balanced with the sweet. However, the great part of the sauce was the smoke undertones.

Often, commercial sauces add a ton of artificial smoke to a smoked sauce. It is bitter and unnatural. This has the rich smoke flavour of a natural smoke process. If they use an additive, I want some, but I am fairly sure they use natural smoke.

I tried the “With a Kick” sauce. It had the same excellent sweet/tart balance and a moderate heat. Not enough to blow the top of your head off but hot enough to give you a nice touch of burn.

Both sauces were thinner than BBQ sauce and a little thicker than a vinaigrette.

They advertise that the sauce can be used as a dressing, marinade, or sauce. I agree that both sauces would be fine on a green salad, pork, or chicken. It would also make a good dipping sauce. However, I would prefer the regular for that great complex smoke taste.

To test it out as a marinade and cooking sauce, I got two boneless skinless chicken breasts. I am not big on that cut of meat as I find it bland, but it would be perfect to test the sauces on.

I started by marinating one breast in the regular and another in the With a Kick version for 3 hours.

Then I threw them on my Weber Genesis on medium low. I cooked for about 15 minutes, turning and brushing with the sauces. 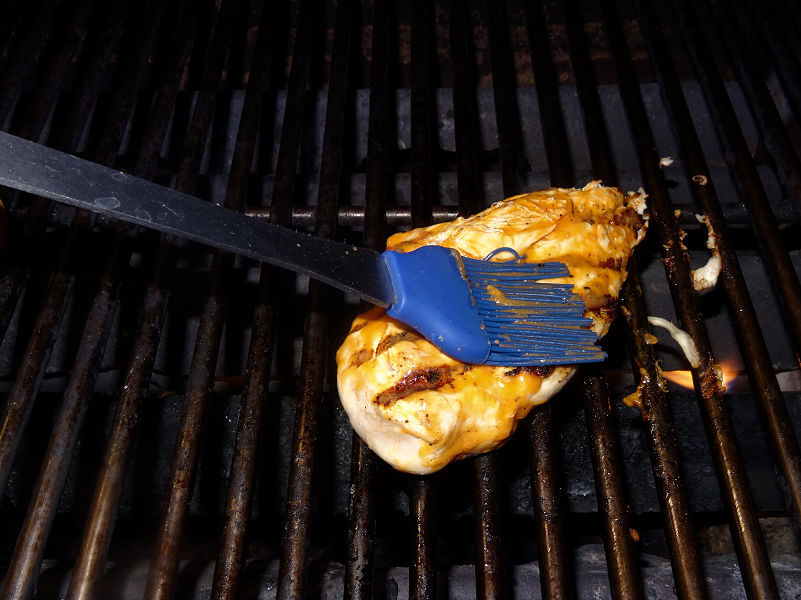 The first thing you will notice is that the sauce doesn’t burn as quickly as BBQ sauce but does give a nice glaze.

I let the chicken sit for 5 minutes. 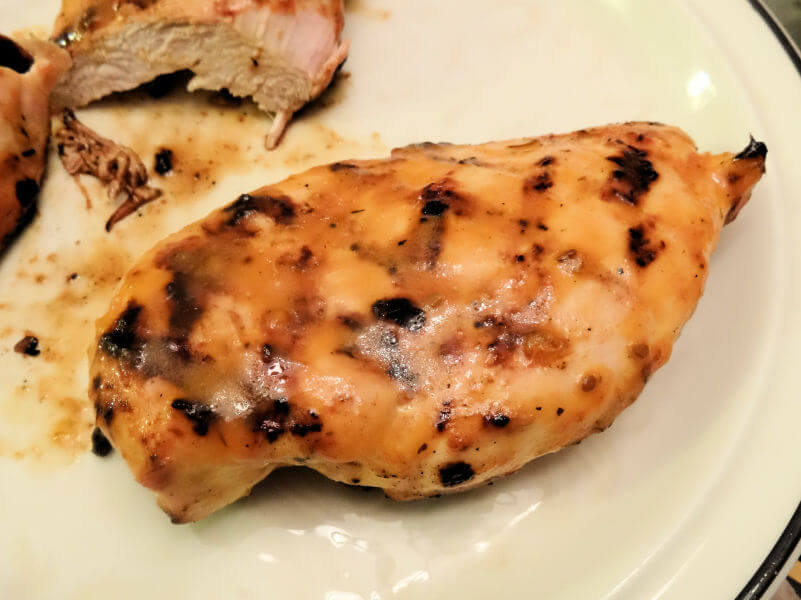 I served it with some Mashed Potato Casserole and a nice salad.

These are very versatile sauces. The well-balanced taste and level of sweetness made it delicious on the chicken. It gave a nice glaze without over charring. The tart notes gave a good taste to the chicken meat. The With a Kick Version gave some good mellow heat.

Both are fine sauces I will use again but the regular sauce with its great smoky complexity really is a treat. I loved it!