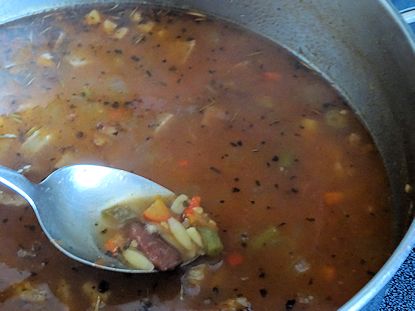 You need great homemade soup in the winter. She Who Must Be Obeyed disagrees with me. When she was growing up, home made soup was thin and insipid boiled leftovers. Oh well, more for me.
I made this soup with a lot of fresh ingredients that I made or grew myself. Remember, you can substitute freely (and should) when you make soup. Use what is available to you.

The ingredients I used:

I cooked the sausage until it was firm. You can fry, microwave or steam. It doesn’t matter as long as the sausage stays together. I like larger dice to get some chew in my soup. Dice it up as you like it.

I put the oil in a large pot and heated it over medium heat. I added the onion and cooked it until it was just beginning to soften.
Add the back (Canadian) bacon or ham and cook for 1 to two minutes. There should just be the beginnings of browning in the bottom of the pot.

Throw in the diced sausage and stir until a nice layer of brown bits are in the bottom of the pan, 23 minutes.

Add the tomatoes and the chicken stock. Bring it to a boil and turn down to a simmer.

Fine chop the chili pepper and add it to the soup.

Add the basil, rosemary and sage.

Simmer the soup for 30 minutes. Add the orzo and green beans. 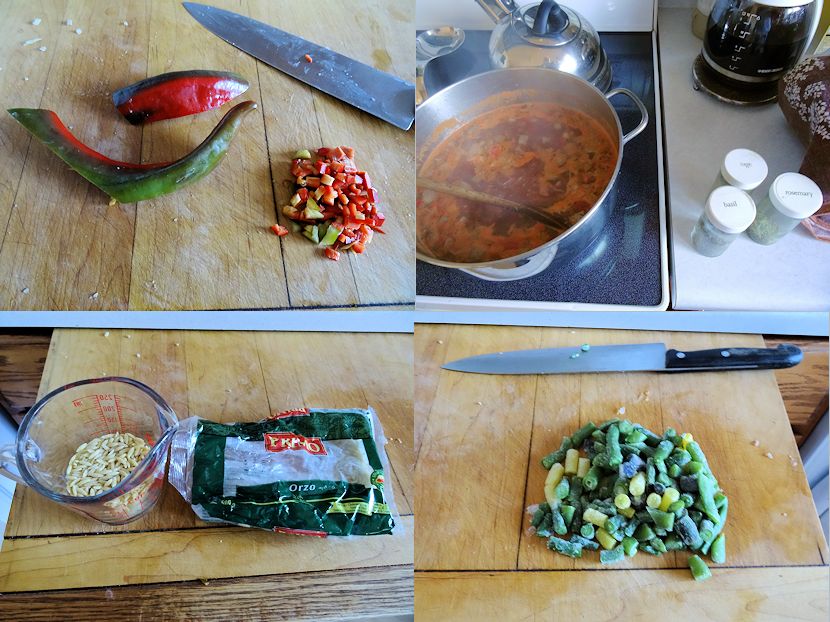 Simmer for 30 minutes and serve! 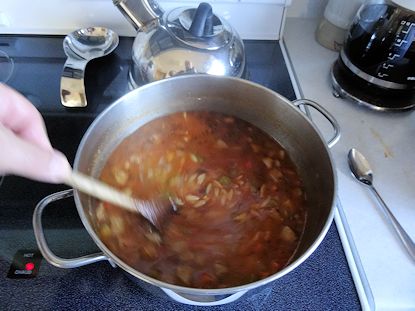 This turned out great. The sausage makes it a rich soup for a cold day. The bacon trimmings give it a smoky flavour. The home grown vegetables give a nice bright flavour. This is soooo good. It almost makes a cold day worthwhile. Don’t tell She Who Must Be Obeyed how good it is. I want it all (he hangs his head in shame).