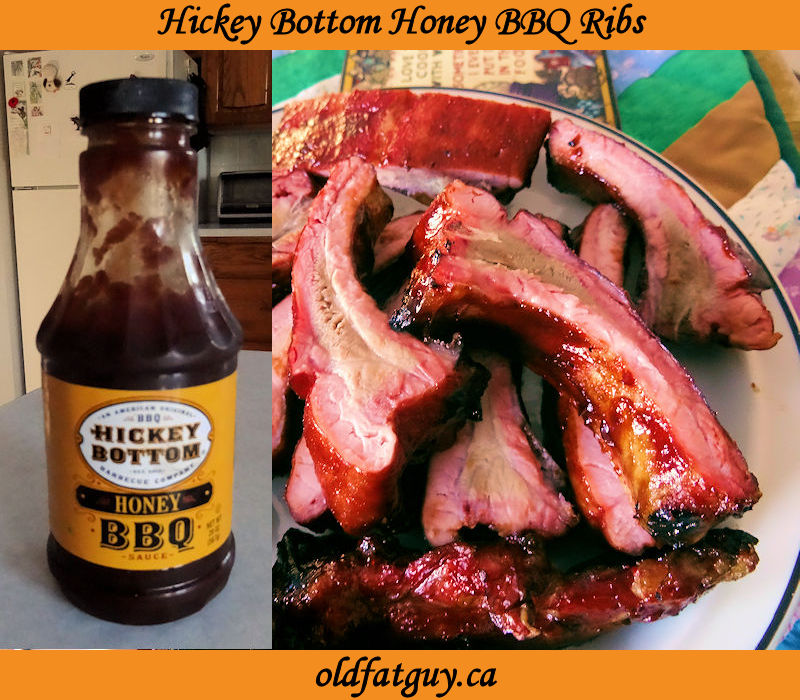 I have been trying some smaller brand products and today I am trying Hickey Bottom Honey BBQ Sauce.

I do point out I bought this sauce and have not been given any consideration for this review.

Tasting Hickey Bottom Honey BBQ Sauce on its own immediately brings its name to mind. It has a lot of honey taste. Most barbecue sauces have a strong tomato base. This really has more of a sweet honey base.

The second flavour is a nice complex touch of spice. It comes on mostly at the beginning and then gets milder. It is not enough heat to offend but is a nice warmth.

The texture is thick enough to coat meat but still liquid enough to pour.

To test it in a recipe, I made some BOB Ribs. I got a nice meaty rack of back ribs and removed the silverskin from the back by the ribs by lifting one corner with a sharp knife and then grasping the membrane with a paper towel and pulling it off the meat.

I rubbed the ribs with my Basic Rub.

I brushed the ribs with a generous layer of the sauce and cooked for 40 minutes longer.

I took the ribs off the grill and cut into single ribs. 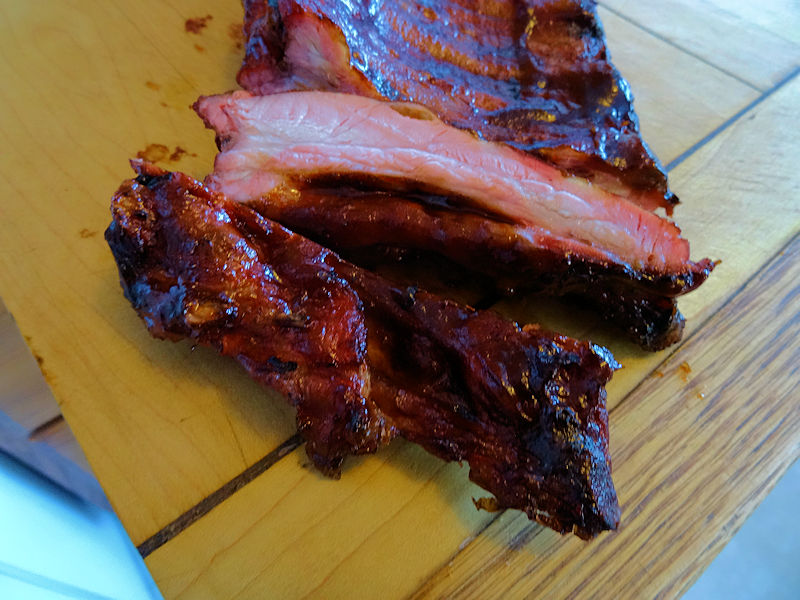 Note how they are bite off the bone. The meat doesn’t fall off the bone but does bite off easily and is very tender and moist. 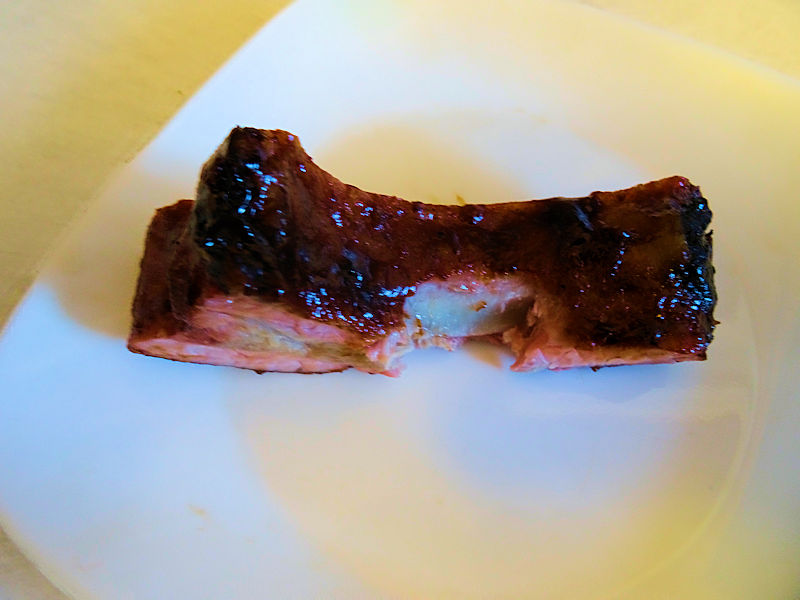 This sauce is an excellent glaze if you like very sweet with some heat. There are some savoury notes for complexity but the sweet honey is the main flavour. The glaze got nice and shiny and did not burn with low and slow.

I did put some extra sauce on the table for the ribs. When used as a dipping sauce, it did add sweetness and spice and I enjoyed it. However, it was a lot of sweet.

This sauce was made for pork. It is a good example of sweet/spicy barbecue sauce. I like the fact it doesn’t taste like sweetened ketchup as some of the major brands do.

As a stand alone sauce it is big honey and nice spice.

I thought it really shone as a glaze. It made a sweet sticky rib that was classic.