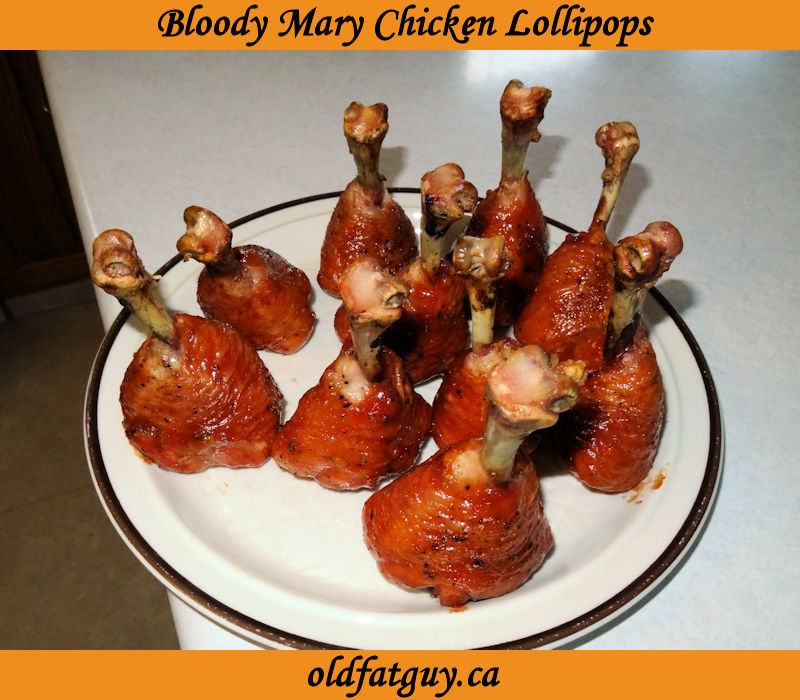 I told you about my friend who wanted to make something different for Halloween and showed you how to make Bloody Mary Barbecue Sauce. In this post, I show you how I used the sauce, Bloody Mary Chicken Lollipops.

I started with 10 chicken drumsticks. I used a sharp knife to cut around the skin just where the drumstick starts to thicken. Then cut through the ligaments and meat with poultry shears.

Put your thumb under the skin and pull it over the end of the drumstick. Cut the skin off the bone with the shears. 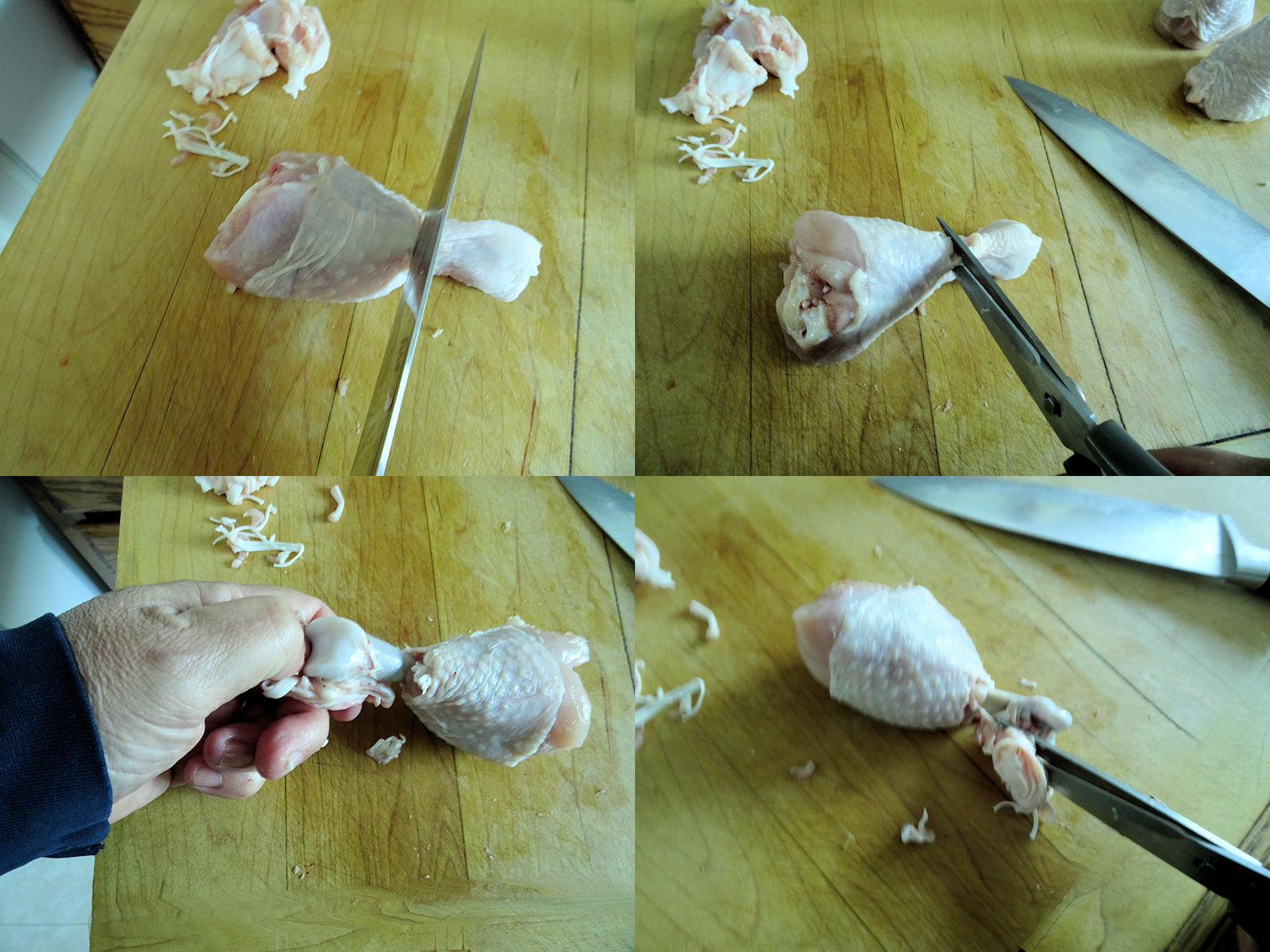 Sprinkle the drumsticks on both sides with the celery salt and grind the pepper over them.

Preheat your smoker to 350 F. Stand the drumsticks on a perforated barbecue sheet and smoke for 50 minutes to an hour until the internal temperature is over 170 F.

Dip the drumsticks in the Bloody Mary Barbecue sauce and put them back on the barbecue sheet. Smoke for 10 minutes to set the sauce.

This is delicious. While it is fun for Halloween, I wouldn’t have any problem serving this to family and guests at any time. The vodka gives an adult drink taste, the celery seed, Worcestershire sauce and ketchup base give the spicy taste of the drink the dish is named after. Treat your friends next halloween or the upcoming game night!