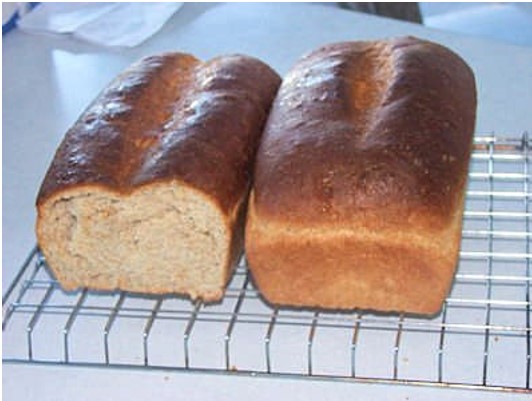 My friend, Linda, gave me her sourdough bread recipe. I made it in a previous post. It was designed to be French bread but I found it spread and made too short a loaf. I originally thought it was too slack a dough or the fact I used some whole wheat flour. However, Linda
told me her loaves weren’t very tall either.

I was on the horns of a dilemma. I liked the taste and texture but I wanted a taller loaf. So I decided to try the recipe as a regular sandwich loaf. I also continued to substitute some whole
wheat.

Here is my final version. 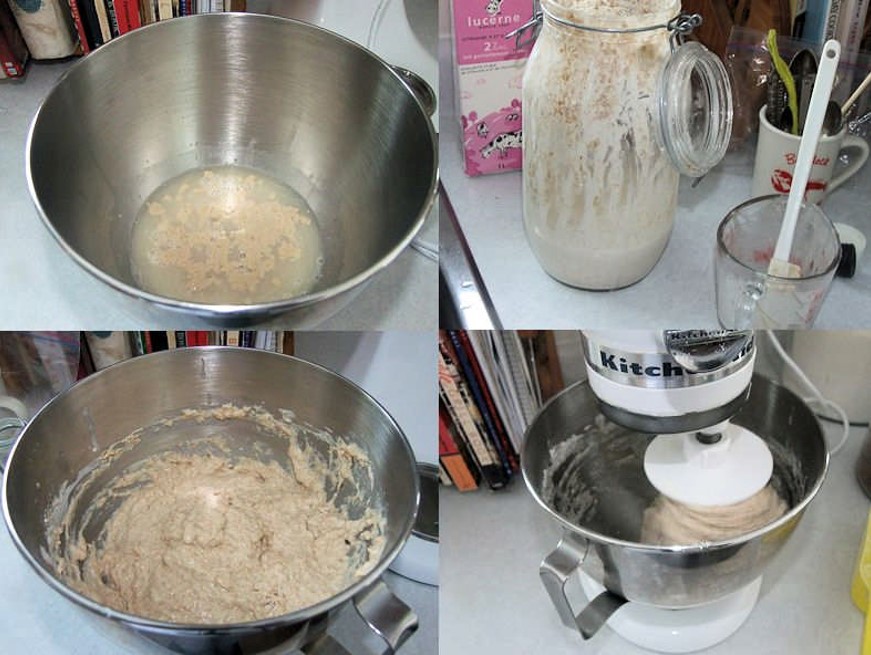 Put the dough in a greased bowl and turn it over to coat the surface of the dough. Cover and put in a warm place for Ito 1  1/2 hours, until doubled in size. You can tell it has doubled if two fingers pressed into the dough leaves dents that don’t fill. I use my oven with the light on to provide a warm place.

When the dough has doubled, punch it down and turn it onto a floured surface. Knead it once or twice and cut it into two. Cover it and let it rest for 10 minutes. Press each half into a rectangle. Roll it into a cylinder. Tuck the ends under and put the seam side down in a greased bread pan. Cover the loaves and put them in a warm place to rise for about an hour, until just about doubled in volume. 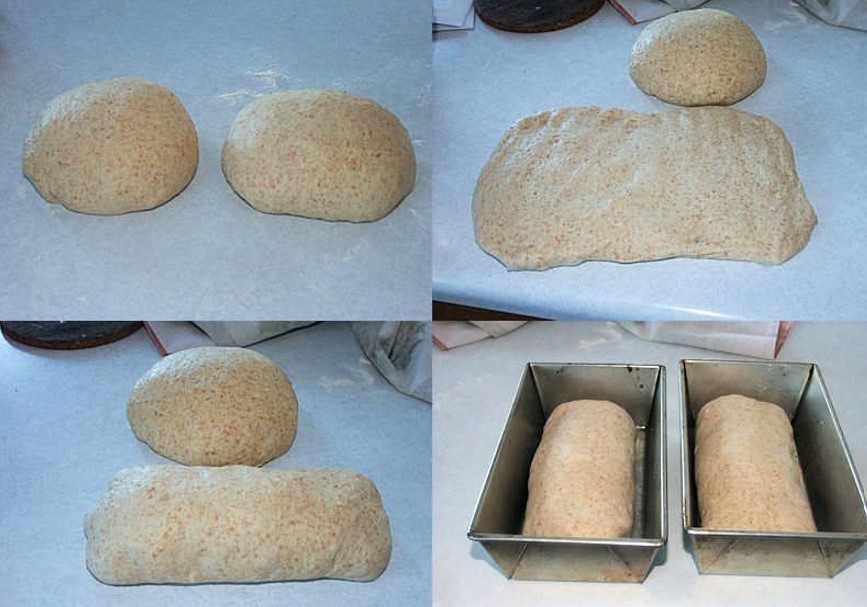 While the bread was rising, it was lunch time. A nice bratwurst and cheese sandwich on a home made hoagie bun. My strength was restored. 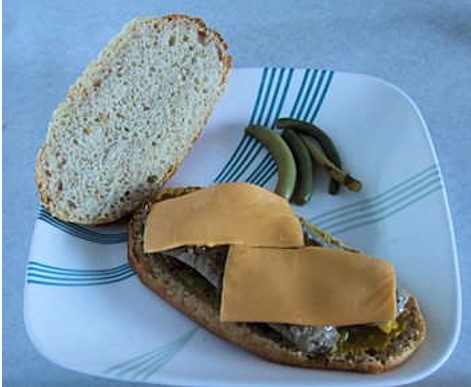 When the loaves have doubled, cut a lengthwise slash on the top of the loaf with a very sharp knife. This allows for more rise while it is cooking. Bake the loaves for 30 minutes at 375 F.

The Verdict
This worked very well. It has the nice texture of Linda’s original recipe. The flavour has a touch of the sourdough taste but isn’t the full on sour of my other sourdough recipe I tried. So now I have a great light and full sourdough bread recipe. Cool! The size of the loaf is perfect for sandwiches. This will be made often.

Thanks for the recipe Linda. Forgive me for messing with it.