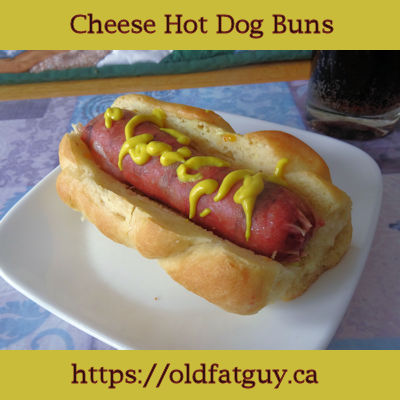 I had a need. I make my own hot links, hot dogs and bratwurst. I also make my own hot dog buns for them. However, my sausages have a lot of flavour. They could use a bun that adds to their strong taste. So, I decided to make buns that had more flavour and what gives a better flavour than cheese?

Please note, these are New England style buns and are meant to be cut downwards from the top. They are also really good if you grill or toast the straight sides before using.

I put the butter and water in a microwave proof measure and microwaved until the temperature was between 120 and 130 F.

I put the mixture and the rest of the ingredients into the bowl of my stand mixer and put the dough hook on. I turned it on and let it mix until the dough started to cling to the hook. 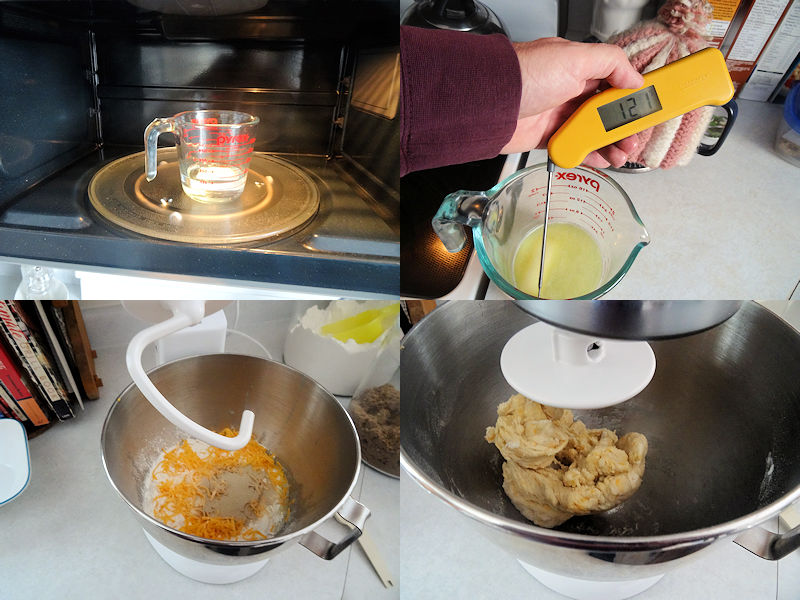 I continued mixing for 8 minutes. I formed the dough into a ball and greased the bowl. I put the dough in the bowl and turned it to coat. I covered the bowl and let it rise in a warm place until doubled in size, about 1 hour. You know it is ready when two fingers pushed into the surface leave holes in the dough.

I cut the dough into 16 equal pieces. I put three pieces together and rolled them into one bun. I continued with the remaining pieces to make 5 buns and one small bun.

Put four buns against one edge of a greased 8 inch pan. Put the 5th across the end of three of the buns and the small bun in the corner.

Cover with a towel. Let the buns rise until doubled in size, about 1 hour.

Near the end of the rising time, preheat your oven to 350 F. 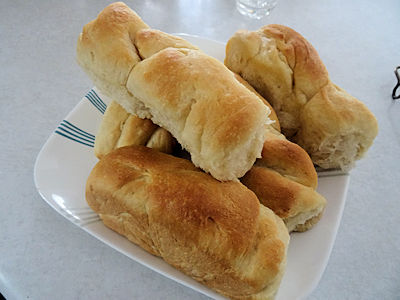 I tried the small bun and then cooked up a hot link and gave it a try.

These were exactly what I was looking for. A nice substantial bun that has a hit of cheese and a hint of onion. They went great even against the heat of a Hot Link!