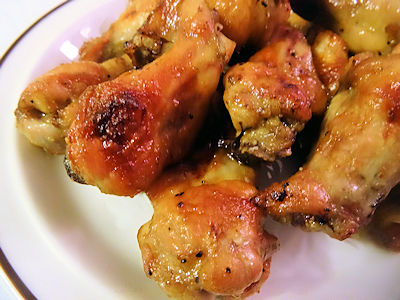 She Who Must Be Obeyed had picked up some chicken drumettes on sale. I was tasked with cooking them and she informed me she didn’t want them done on the pellet smoker. Apparently, she was weary of hearing me inform her about the extremely low temperatures while I was smoking. So, I did what I have advised on several of my posts, I used the oven.

The next thing was to decide how to make them. I have often noted that many barbecue rubs have quite high sugar content. I always though that you could use them to get a  nice sweet skin on wings. The problem is they have to be high in sugar and not have a crazy amount of salt. I had some Louisiana Grills Bourbon Molasses Seasoning that fit the bill. You could use the same process with any sweet rub.

I tossed 13 drumettes with 25 ml of the seasoning mix and 25 ml of olive oil.

As I was only doing 13, I used the toaster oven to save on our beleaguered resources (not to mention saving a buck). I put the ribs on a tray and put them in the oven at 450 F. 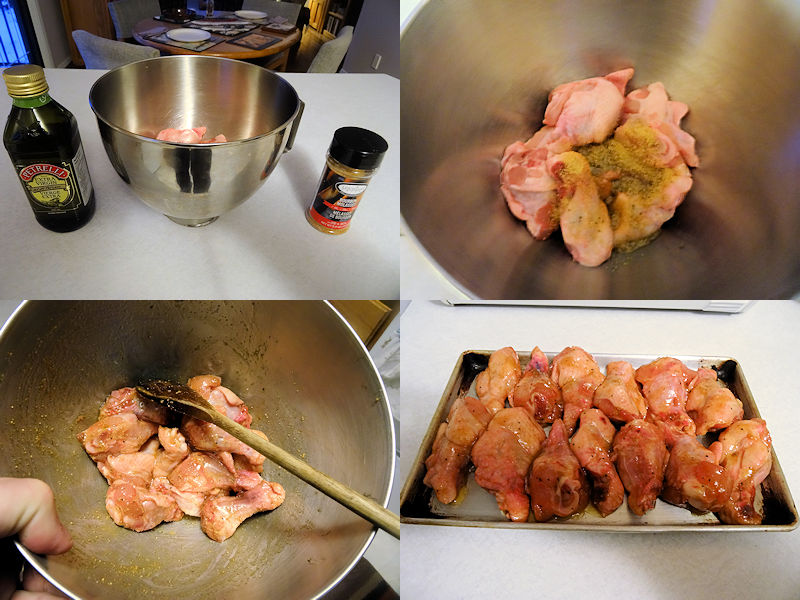 I cooked them 20 minutes on one side and then turned them.

I cooked them for 20 minutes on the other side and took them out.

These came out as I expected. They gave a nice sweet coating to the wings and had the nice spices from the rub. I will use this method again, experimenting with other rubs.

However, these would have been way better on the pellet smoker. They would have had a touch of smoke and the sweet would caramelize on the skin in a wonderful way. I am counting on you not to tell She Who Must Be Obeyed I said this as I can get into enough trouble on my own.