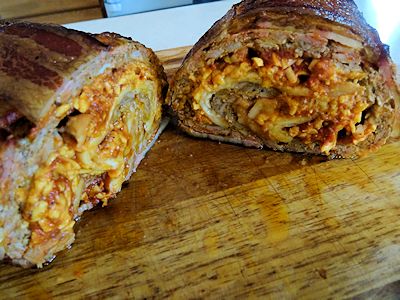 I hang around the Smoking Meat Forums which is a forum of guys into smoking food. I have learned a lot there. They have what they call a throwdown where you cook something on a theme. The last throwdown was to make a fatty.

For the uninitiated, a fatty is traditionally sausage meat wrapped around a filling and then wrapped in a weave of bacon. The package is them smoked. Now, they are made with hamburger, ground chicken or any other ground meat that strikes your fancy.

I decided to risk my nonexistent reputation and give it a try.

I decided to base my fatty on a stepped up sausage, chorizo. Chorizo is a spicy Spanish or Mexican sausage. I made up a batch from my post Bulk Chorizo. You can also buy fresh chorizo in a lot of supermarkets.  You will need 500 grams (1 pound) of chorizo for the fatty. If you are buying it, take it out of the casings before weighing it.

Take a large resealable plastic bag, Ziploc or similar, and cut 1/4 inch of each bottom corner. This allows air to escape while you are rolling your fatty.

Put the sausage in the bag and seal it. Use a rolling pin to squeeze the sausage to all edges and corners of the bag. You are trying to get an even square of sausage. cut down the sides of the bag with a sharp knife and uncover the top of the rolled sausage. 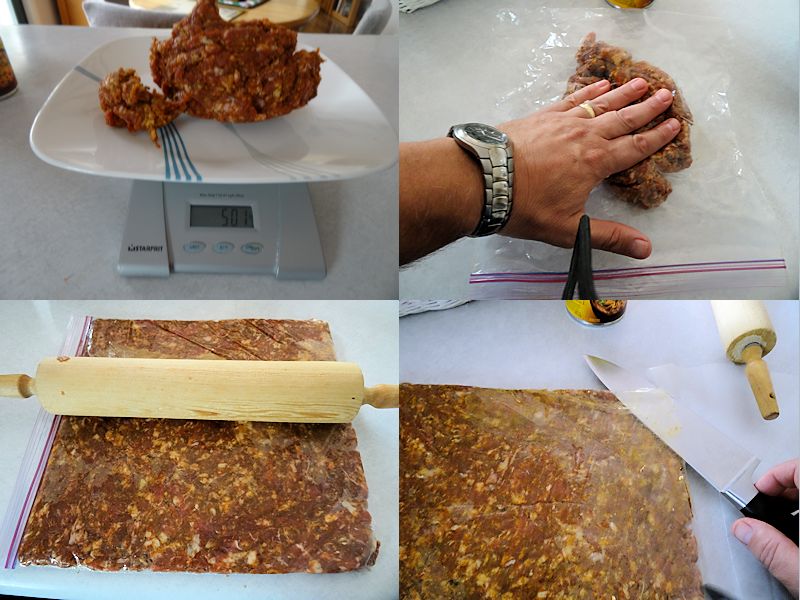 Turn the sausage over onto a strip of waxed paper and remove the bag. Spread the refried beans over sausage, leaving a one inch space around 3 edges for sealing later. 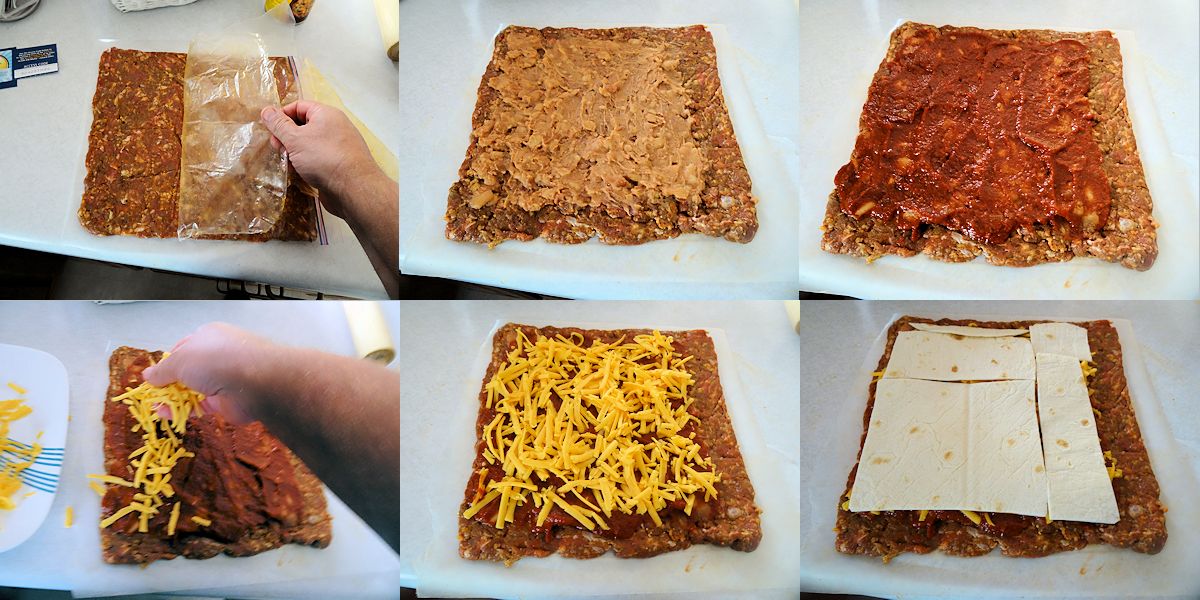 Using the wax paper to help you lift the side with no space, slowly roll the sausage into a spiral, jelly roll fashion. Seal the edge and the ends by pinching the sausage a little.

Put the fatty in the freezer for a couple of hours. It is easier to wrap in bacon if it is a little frozen.

Fold over every strip that is under the first strip. Lay another piece left to right over the strips that haven’t been folded over. Unfold the strips.

Now fold over the strips that are under the second strip. Lay another left to right and unfold. Continue until you have a square bacon weave. 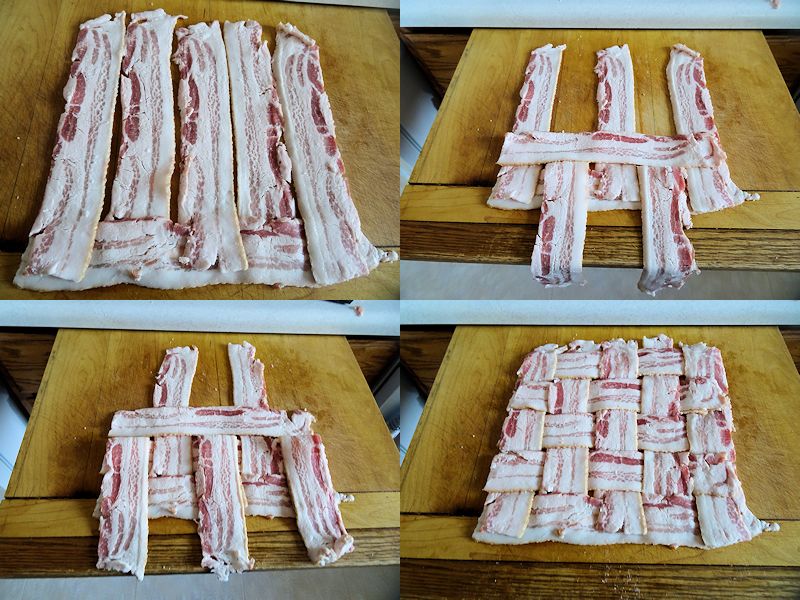 Take the plastic wrap off the fatty. Roll it in the bacon weave and put the bacon seam on the bottom.

I put the fatty in my smoker over oak smoke at 230 F. It took about 2 hours to get to an internal temperature of 165 F.

If you don’t have a smoker get one.

If you don’t want to get one, you could cook it for about 45 minutes in a 350 F oven. Make sure the internal temperature gets to at least 165 F. It will be great but it won’t be smokey.

Much to my shock, my fatty won the Viewer’s Choice Award where the forum members vote for the fatty they like best. This is very humbling as these guys are very talented. I can only figure they were medicated when they were voting.

I do like the fatty though. The spicy chorizo is offset by the creamy beans, rich cheese and the tortilla gives it a great spiral effect. I will be making it again.

Print
Yum
Inside Out Enchilada Fatty

10 thoughts on “Inside Out Enchilada Fatty”