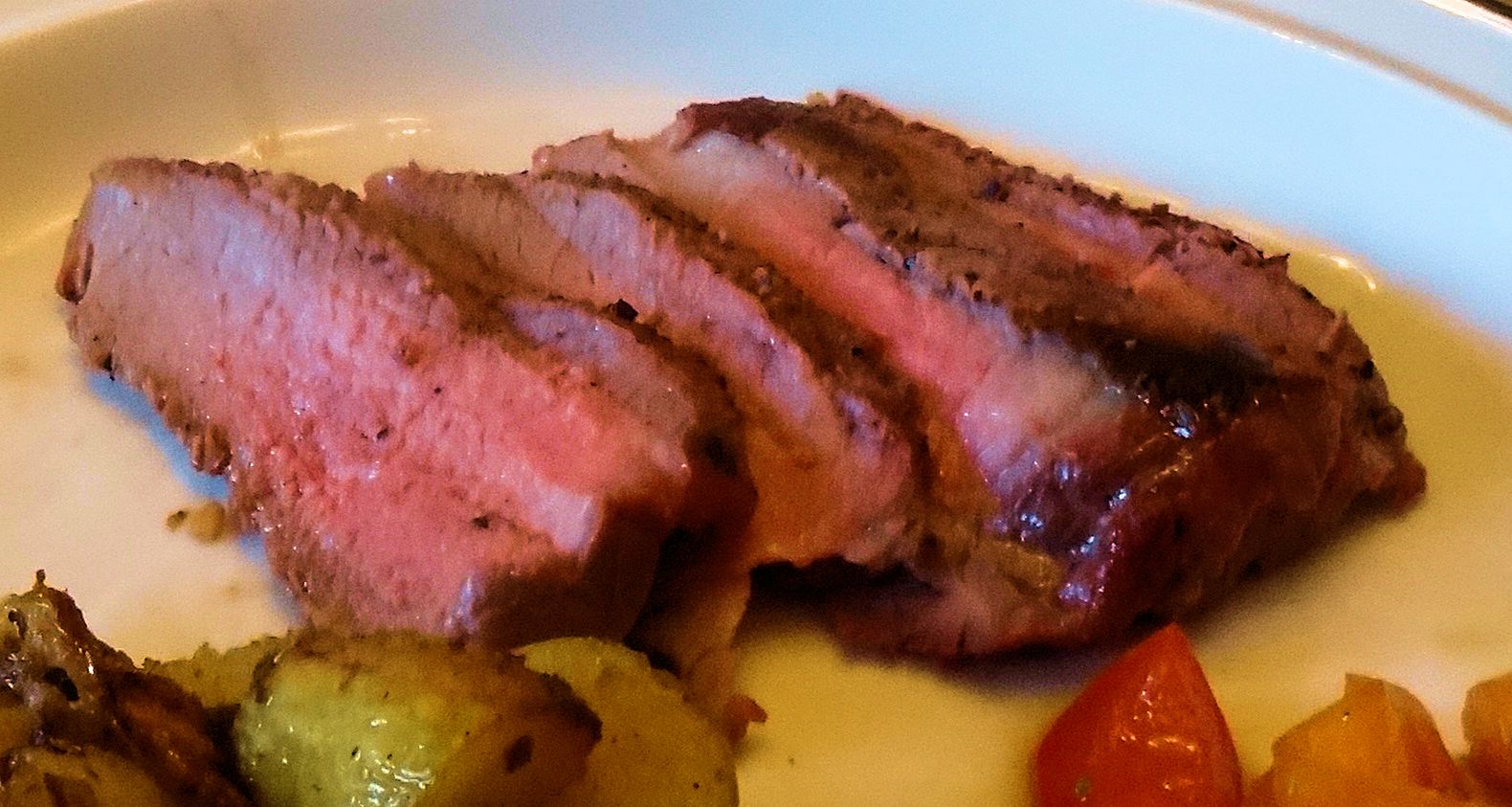 The next step in my education on the Louisiana Grills Pellet Smoker was to try a steak. I am not independently wealthy so a nice rib steak was out of the question. I picked up a piece of inside round about 3/4 inch thick.

I would like to remind you that searing a steak does not “seal in the juices”. This had been proved wrong in laboratory and blind taste tests. However, searing does give flavour to the steak.

The reason I mention this is that a pellet smoker doesn’t cook with direct heat. It uses hot air from a a wood fire. I was a little concerned I would not get enough sear for flavour.

I just rubbed some Clubhouse No Sodium Added Steak Spice on the steak before grilling it.

I preheated the grill to 525 F. It took about 6 minutes a side to get it to medium.

She Who Must Be Obeyed doesn’t like steak cooked less than medium so medium it is.

I sliced the steak into 1/4 inch slices which make a tougher steak like a rounds steak a little easier to cut and chew. 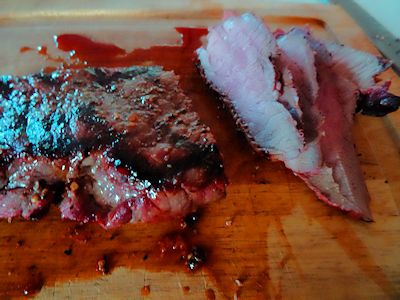 We served it with Home Fries on the pellet grill (my next post) and stir fried vegetables from the last of our garden. 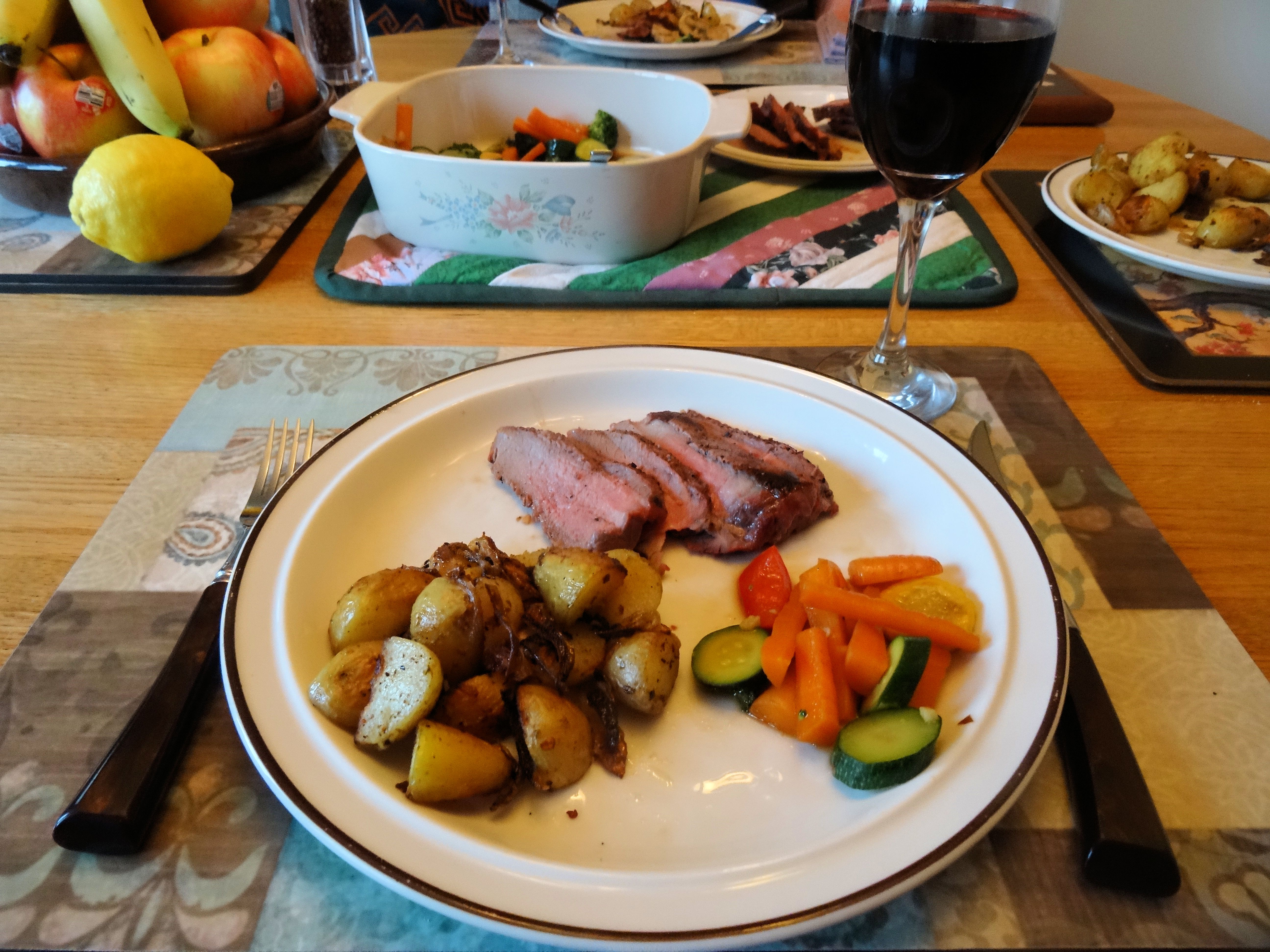 The steak was great. As I said, I had my doubts but they were wrong. The high heat gave a nice sear (less than my Weber barbecue but still nice). I think it is moister than a steak cooked on the grill and the steak wasn’t overdone on the outside edge even though it was cooked to medium. The pellet grill makes a fine steak!

2 thoughts on “Steak on the Pellet Grill”