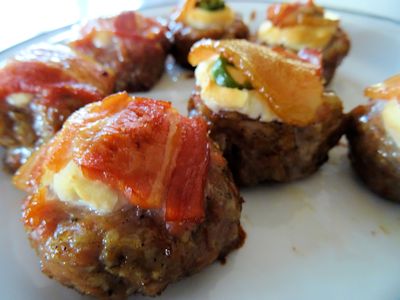 The latest thing amongst smokers are burgers formed around the bottom of a can and stuffed. They look great but I thought you could do the same with a small amount of breakfast sausage and made a great appetizer. Sausage Cups are the result.

I formed 1 inch balls with the sausage and formed it into a small cup around my fingertip. 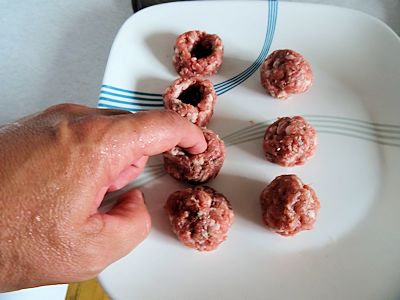 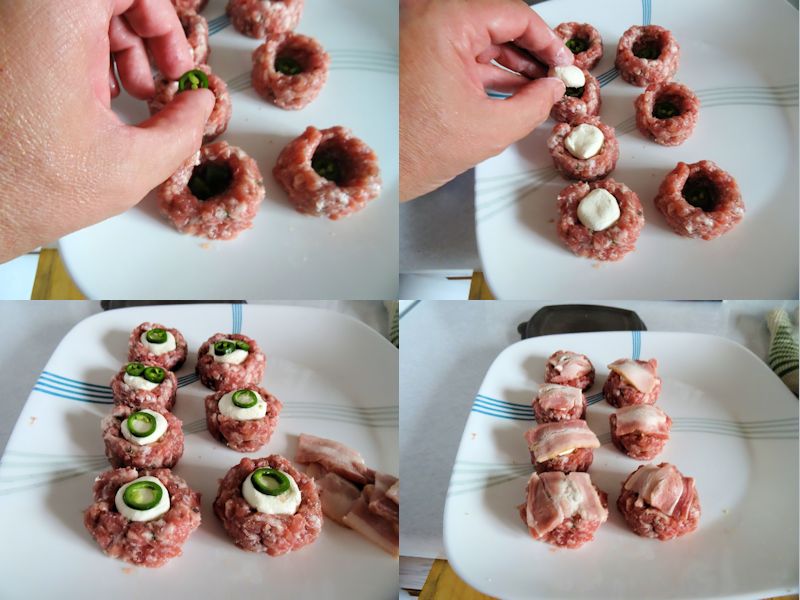 I put the cups on a rack and into my Bradley Smoker set at 270 F with hickory smoke for 40 minutes. You could also do these in an oven or over indirect heat on a barbecue. However, you would get no smoke flavour. 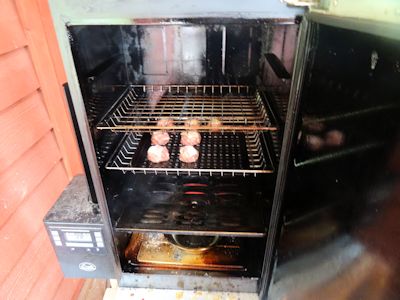 These were simple and delicious. The great part is that you can vary these just by changing the fillings or the sausage. I see years of savory experimentation!