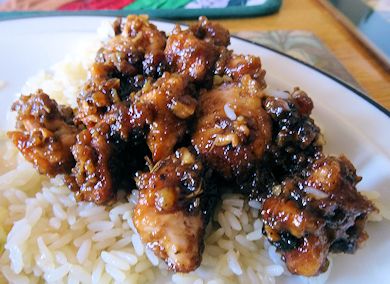 I followed the recipe pretty closely with two changes. I used chicken thighs instead of chicken breasts. I just prefer the flavour. I also used Sriracha sauce instead of the chilies.

I cut up the chicken thighs to small pieces.

I mixed the cornstarch and spices. I tossed the chicken in the mixture and browned in a fry pan as instructed. 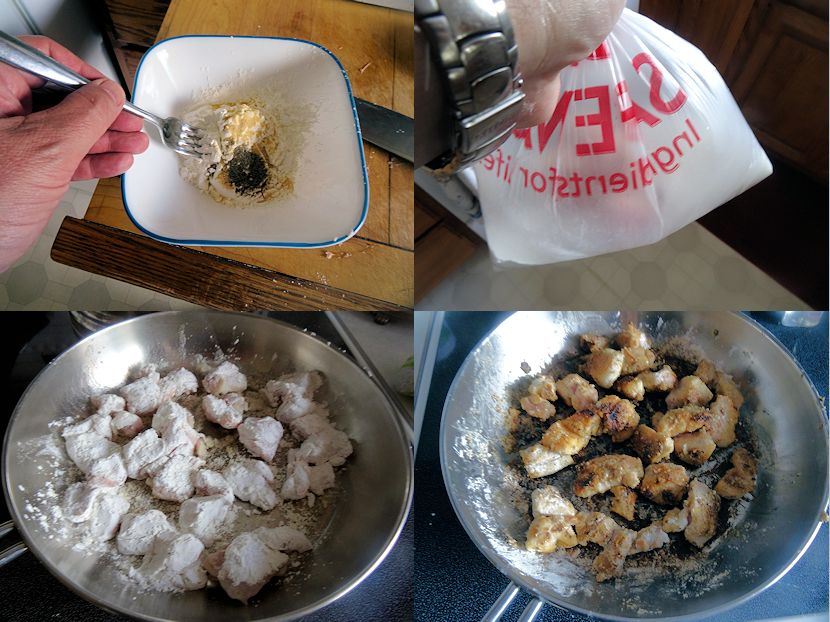 I mixed up the sauce and added half of the mixture and the chicken to the slow cooker and let it go for 4 hours. I added the remainder of the sauce at the end. 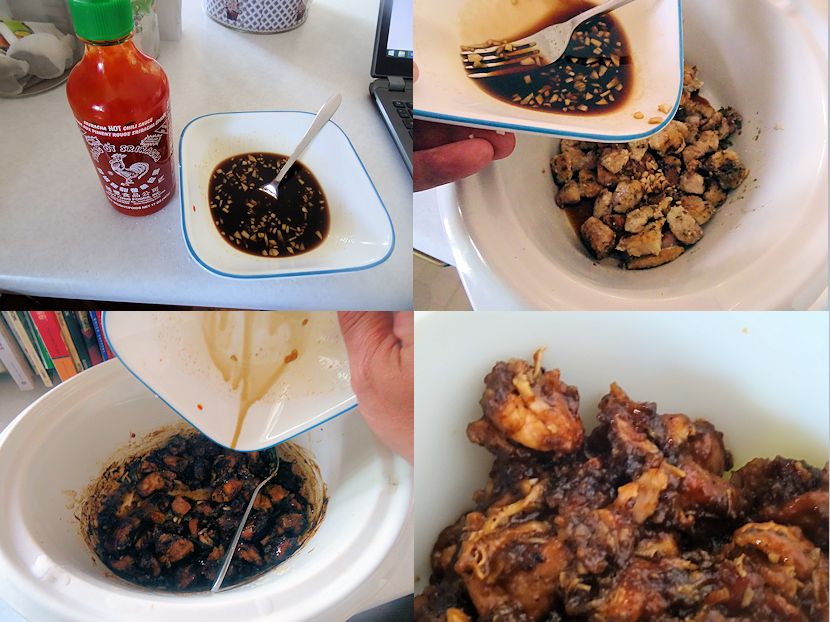 This is very tasty. It has a different texture than the General Tso’s Chicken I am used to as the chicken sort of braises but it is not unpleasant. This is a good tasting dish that makes serving supper a snap with the use of the slow cooker. Well done Creme de la Crumb!