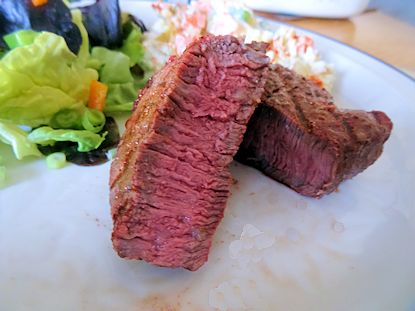 You have to love spring. The flowers, the birds, the barbecues! The local supermarket had chunks of tri tip steak on sale so we picked some up. Of course it can be grilled but I do like a touch of smoke on my beef so I fired up my charcoal smoker, The Weber Smoker Mini.

The thing about smoking beef is that it doesn’t really char the beef like the grill. You have to use a charcoal smoker like the WSM and get it as hot as possible to get a nice coating on the steak. Otherwise, you have to throw it on a hot grill for a second.

I started by sprinkling Cabela’s Whiskey Steak Seasoning on the beef. You can use any rub you like. I fired the smoker up with a full load of hot coals and a couple of chunks of old bourbon whiskey barrels. I put the lid on and it came up to 450 F in about 10 minutes.

I put the steaks on with a temperature probe and cooked it to an internal temperature of 90 F. This took about 12 minutes.

I turned the steaks and cooked to an internal temperature of 130 F. I like it rarer but She Who Must Be Obeyed won’t accept meat rarer than this. I must obey.

Remove the meat and cover it with foil. Let it rest for 10 minutes. 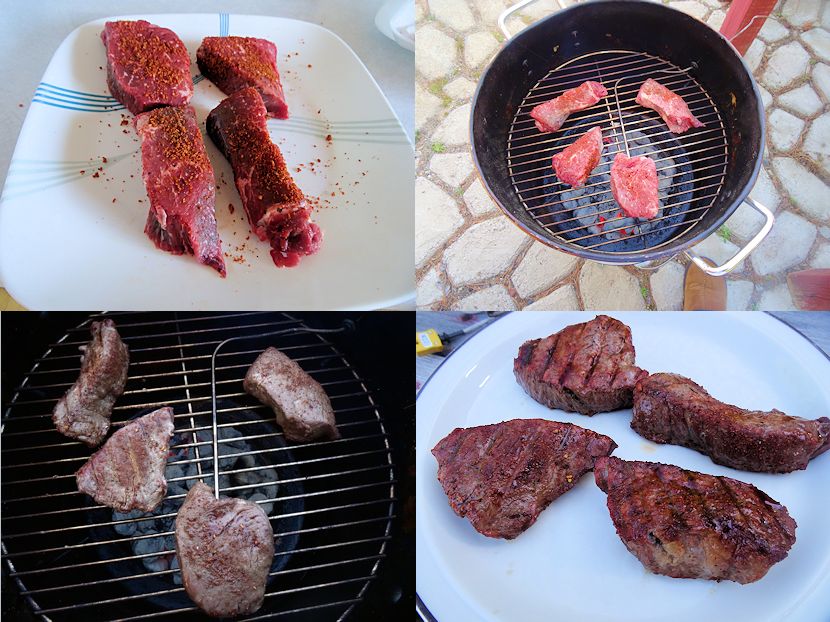 We served it with potato and green salads. 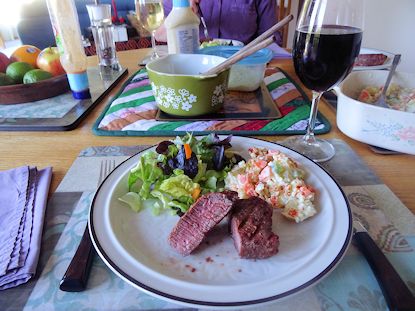 Beef cooked this way doesn’t have the deep charring of grilling but it does char enough to get a nice surface. The touch of smoke flavour and the lovely pink colour throughout make up for any lack of char. Did I mention it is incredibly juicy?