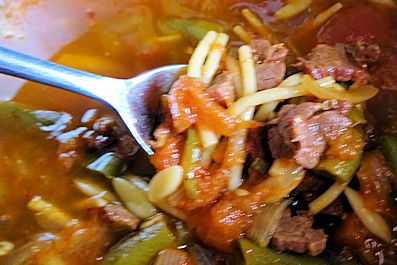 I always like to have some homemade soup around. When I was younger and used to go hiking, I would make soup out of beef jerky because it was light to carry. What I discovered was it makes a great soup and has a great texture. So I decided to try a home version.

I started by tearing up jerky until I had 2 cups. Then I chopped 1 1/2 cup onions, a tablespoon of garlic and 1/3 cup green chili peppers. I also cut up 1/4 cup of end pieces from my back (Canadian) Bacon. You could just use bacon or ham. 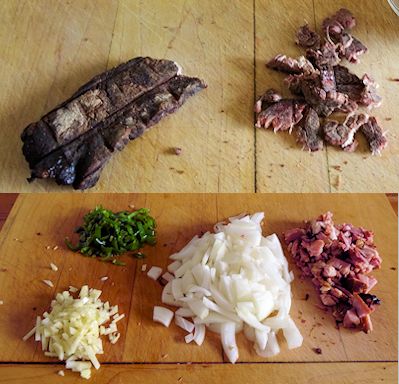 I cooked the onions in vegetable oil over medium high heat just until they started to wilt. I added the bacon, peppers and garlic and stirred until the bottom of the pot started to get coated with a nice golden brown colour. 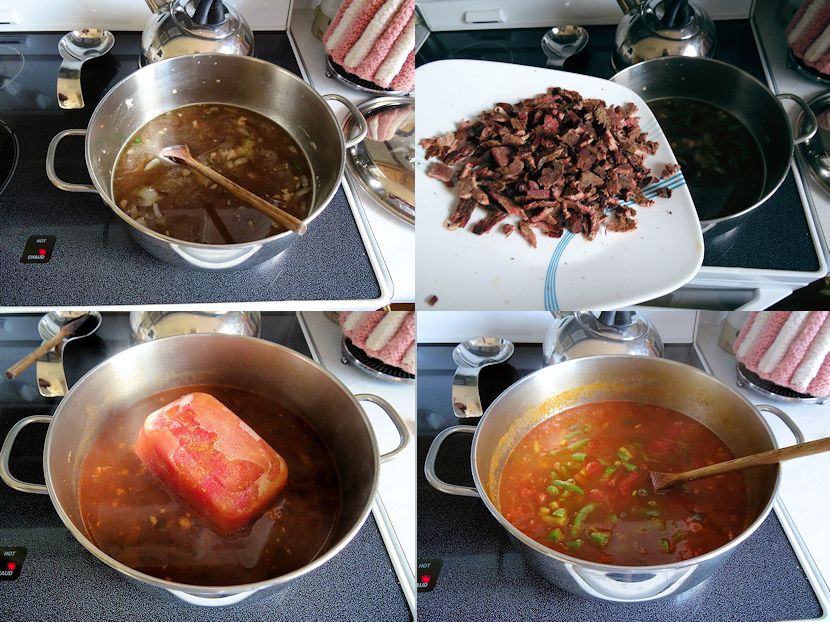 I brought it to a boil and let it simmer for 1 hour. Then I broke up spaghetti into 1 inch pieces (about 1/2 cup) and added that to the soup. I put in 1 1/2 cups chopped green beans (from my garden) and 2 teaspoons chili sauce. I simmered for another 30 minutes.

This is reminiscent of the soup I used to make on the trail but way better. The jerky cooked to a great texture and the broth is to die for.

Make some soup! You won’t regret it.