My best buddy visited and brought his favourite barbecue sauce, Clubhouse La Grille Wild Whiskey Smoked BBQ Sauce. I decided to give it a try on pork sirloin steaks that were on sale and give a review here.

I sprinkled some Cajun seasonings on the steak. 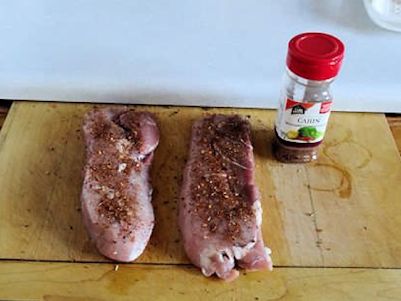 I put it on a grill set on medium high. I brushed a thin layer of the sauce on the steak and grilled for 6 minutes.

I turned the steaks and put a heavier layer of the sauce on the steak and cooked to an internal temperature of 155 F. 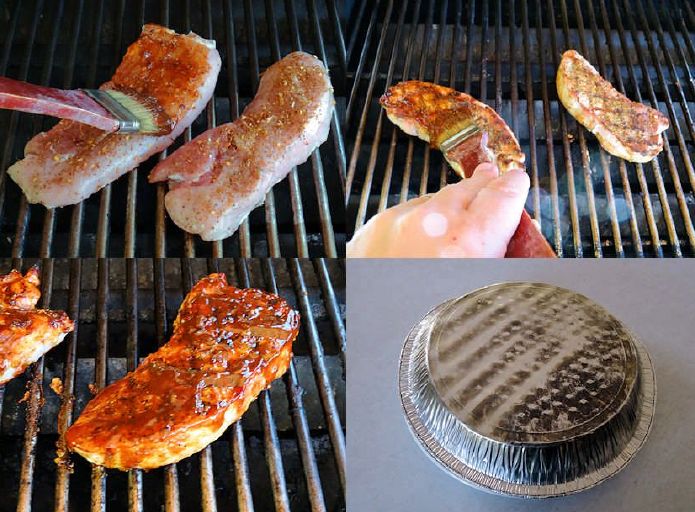 The Verdict: The steaks were great. A nice kick of spice and a sweet overlay from the sauce.

The sauce is a better balance than may commercial sauces. It has a nice touch of heat and not as much sweetness as most. That being said, like most commercial sauces, it has a lot of sugar. I would only use it as a finishing sauce or a sauce on the table or it will burn easily.

I liked the sauce and if I get caught short and was going to buy some, this would be a good choice.