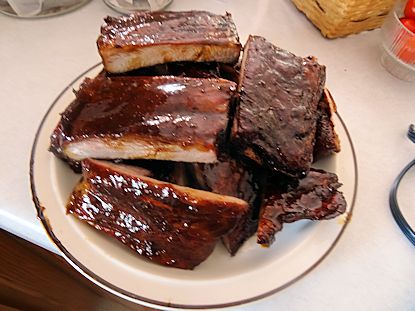 I was reading the site for my Thermapen. It had a suggestion to cook your ribs to an internal temperature of 185 F without foiling them. Then, you let them cool to 155 F and serve.
I love trying new things so here we go.

I took some spareribs and removed the silverskin by gripping it with a paper towel and pulled it off. Then I rubbed them down with a Kansas City style rub. 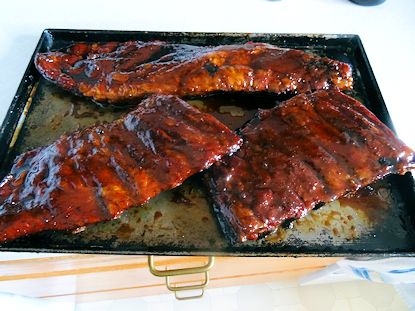 She Who Must Be Obeyed likes it when the meat is pull off not fall off the bone.  This turned out just like that. They were tender but still had chew. This method is a keeper but it is a little finicky to measure the internal temperature of the ribs. My probe thermometer isn’t that accurate on this thin a piece of meat so I used it to get close and then rechecked temperatures with my Thermapen.

I think the good texture is worth the extra work.