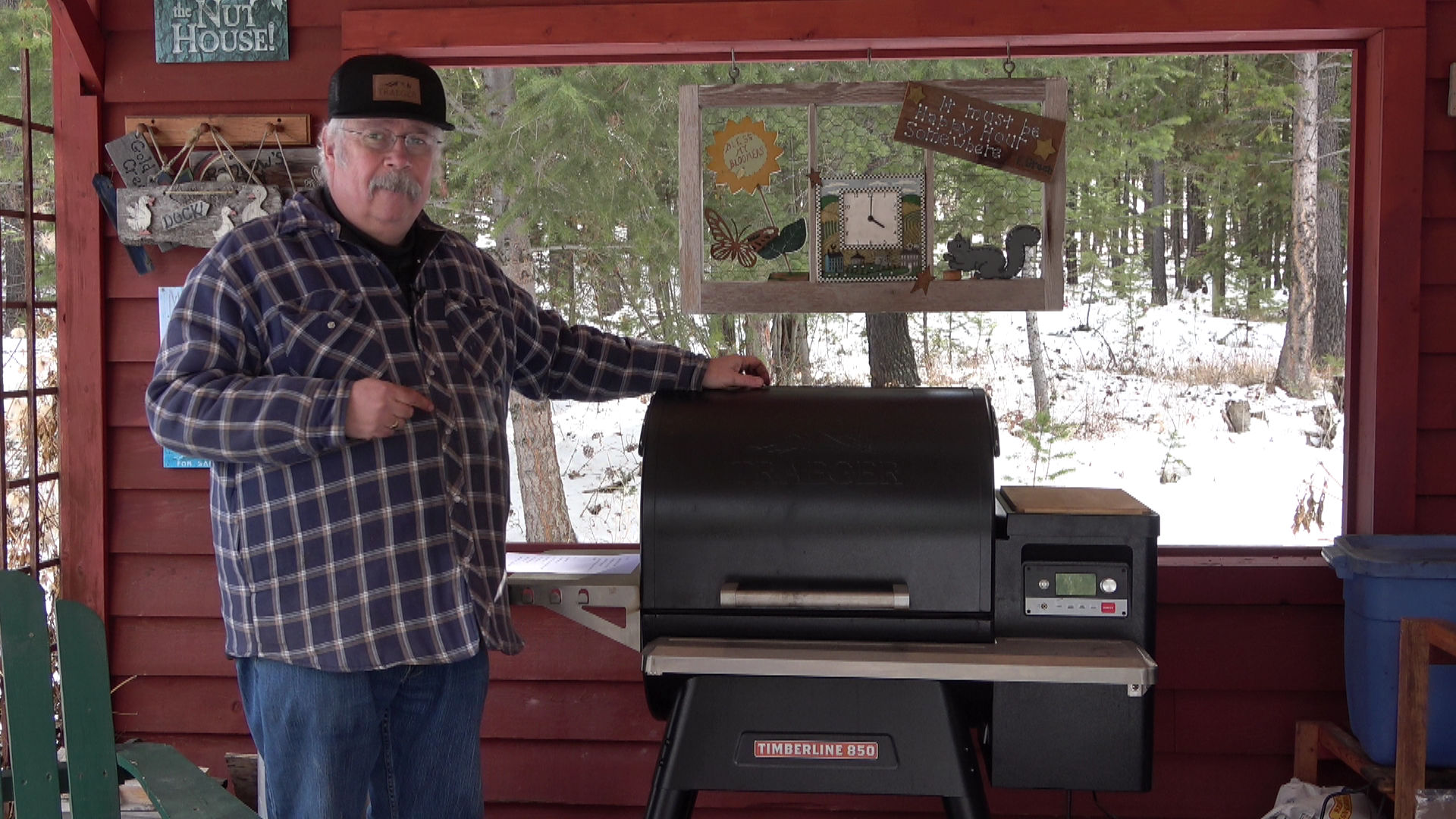 I did an initial review of my Traeger Timberline 850 when I first got it. You see the review here. This post outlines my impressions after 4 months of use.

First, I will remind you that I have not been paid anything or received anything from Traeger for this review. I bought my own smoker.

Second, I love this smoker. It is accurate, easy to use and makes great food at low and high temperatures. However, here are the problems, things of note and things I like over the 4 months of use.

There has been one significant problem. I received an email from Traeger instructing me how to do a necessary upgrade to the wifi system. I followed their instructions and totally lost wifi. I was unable to reconnect in any way.

I called support and was advised they were aware of the problem and were working on a solution.

It seems to me that a leading manufacturer would make sure any upgrades were bullet proof before sending them out. That being said, a couple of weeks later, my unit upgraded the software and all is fine.

The next problem is more of an inconvenience. When I open their app on my tablet, it requires me sign in again every fourth or fifth time. Nothing major but an aggravation.

The next issue isn’t a complaint, it is just identifying something about the operation of the unit. It has a super smoke setting for more smoke production at lower temperatures. It does this by cycling the system on and off allowing smoke to develop. It works well but the cycling results in more temperature variation than the regular operation. Here is a graph of the temperatures in a jerky smoke I did. 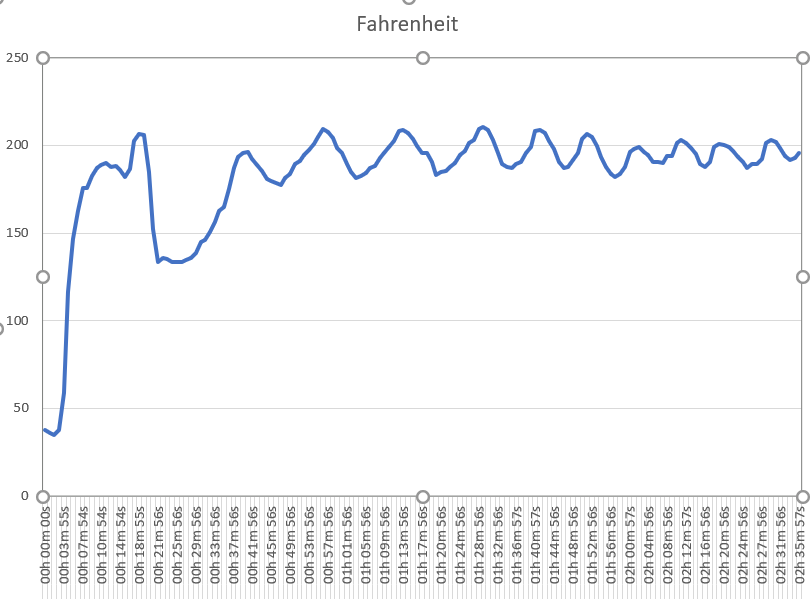 The temperature varied around the set temperature. The reason it is not a problem is the variation isn’t very large and is less than most home ovens. It cooks just fine but you should be aware of it.

Also, I live in the Canadian Rockies and it can get very cold. I have smoked when it was as cold as minus 17 C. I found out that the unit takes longer to heat up in really cold temperatures. I know, only an idiot wouldn’t know that. What I found is it takes about 10 minutes longer to get to temperature and overshoots more than it does in warmer weather. Here is a chart of a pork loin I did in very cold weather. 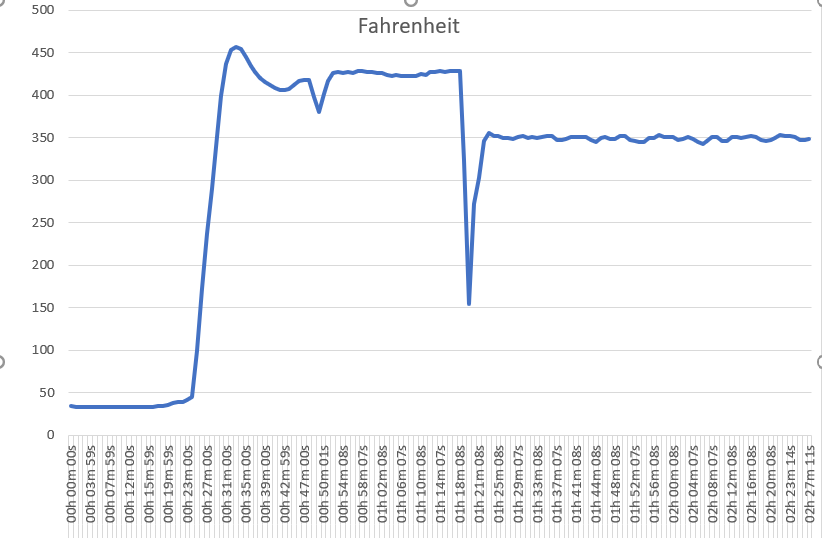 As long as you allow extra start up time, the Traeger does a great job at smoking in cold temperatures.

The Timberline is easy to use. I can rely on steady temperatures, it works well with the wifi and I trust it to put food in it and not worry about it.

The temperature control is amazing. The unit stays very close to the set temperature (even better than my top of the line oven).

The temperature variation throughout the chamber is very small. I did a smoke of jerky and it all cooked evenly. 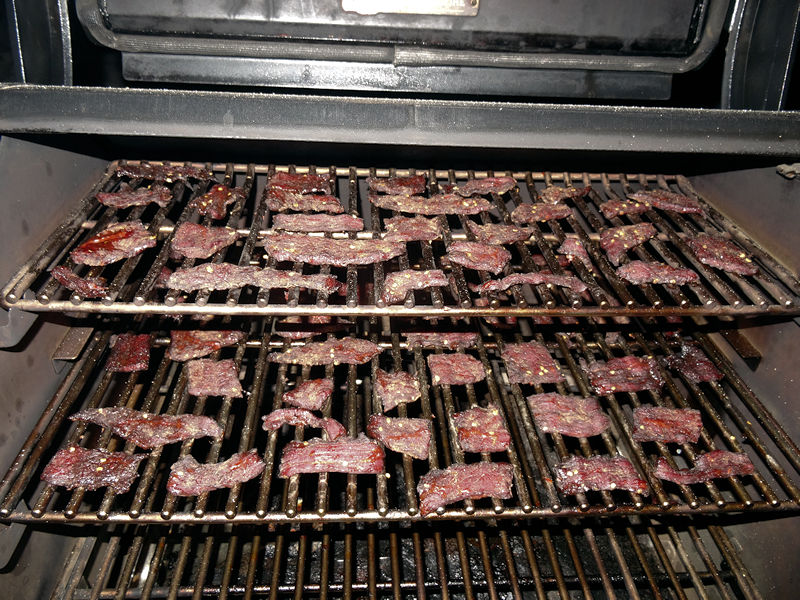 It uses almost 1/2 less pellets than my prior smoker. The insulation and precise D2 drive help with this alot.

As it burns less pellets, it produces less ash which gives a cleaner cook.

The rack system allows for a lot of food to be cooked in a small foot print. 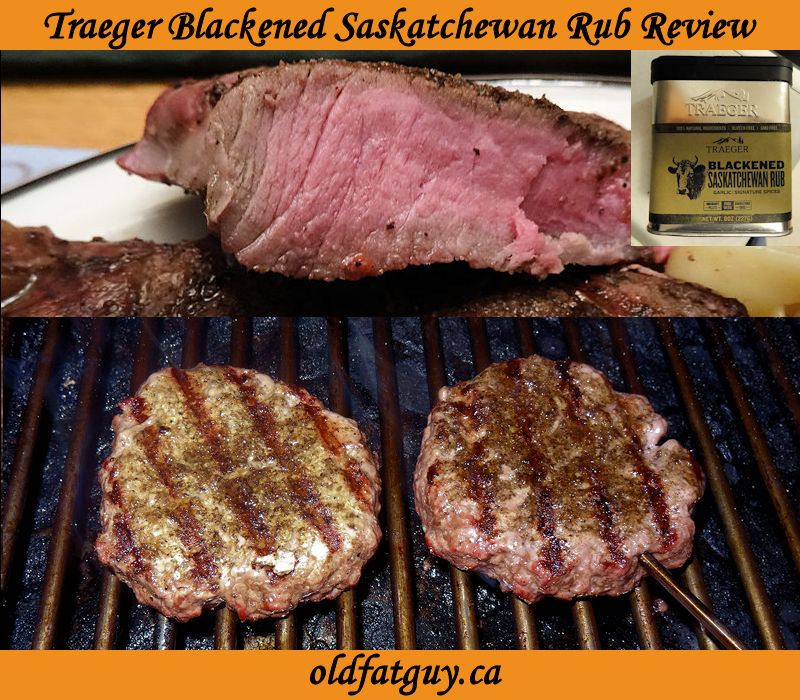 The reminder system for maintenance of the grill helps a lazy guy like me. It reminds you to empty the grease trap and clean the unit.

In summary, this is a high qualilty smoker/grill and I have thoroughly enjoyed it.

I did a video of this review at: